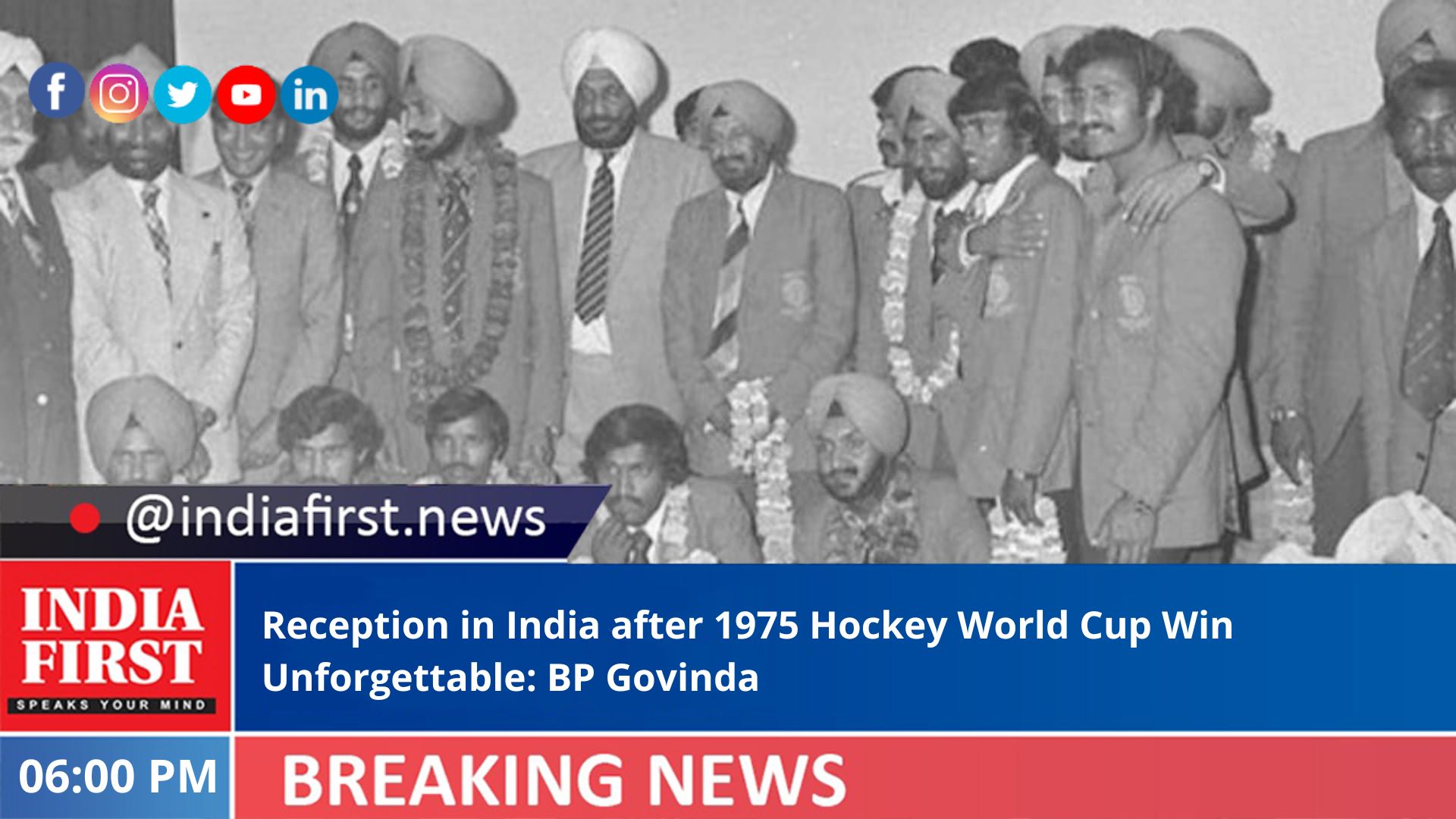 With less than 100 days to go for the FIH Odisha Hockey Men’s Hockey World Cup Bhubaneswar-Rourkela 2023, the anticipation to witness the world’s best hockey players at one of the world’s most preferred hockey destinations – Odisha, is only increasing by each passing day.

While the Indian team carries out their preparations to end the medal drought in the prestigious event, it’s time for the hockey fans to relive the memories from India’s historic World Cup campaigns through Hockey India’s Flashback Series – World Cup Special.

Through these Series of articles leading up to the marquee event in Odisha, Hockey India will bring you thoughts, anecdotes and trivia from Indian Hockey Legends who ruled the world with their wizardry and panache.

One of the most crucial cogs in the system for the Indian Men’s Hockey Team in the 1973 and 1975 World Cups, it was BP Govinda who ensured a berth in the Final at Amsterdam with the winner against Pakistan in the Semi-Final. The former forward terms that semi-final as one the best games in what was a decorated career.

“The Semi-Final against Pakistan is one of the best matches of my life. We won that game by one goal, and I scored the winner. I reverse flicked the ball and the keeper didn’t know where the ball was going and it went and hit the roof of the net. It was regarded widely as one of the best goals, by my teammates and the media,” he recalled.

“People used to love watching India and Pakistan in hockey when we were playing, we had full stadiums.”

Unmissable on the field of play due to his stylish long hair, Govinda said that the Indian Men’s Hockey Team believed that playing as a unit would always yield results. “Our team always had the thought process where we believed, no matter how strong the other team is, if we play as a team, we can achieve anything. Whether it was a practice match or tournament, I always played to win.”

Speaking about his camaraderie with the Captain of the 1973 team, MP Ganesh, the former forward said, “As a Captain, he was very straightforward and he would ask the players to play according to the plan. He wouldn’t scold any one, but he would tell everyone to go all out for the win, all the games. He used to guide all the players.”

Turning his attention to the glorious 1975 World Cup campaign in Kuala Lumpur, Govinda, who was considered to be among the fastest players at the time, recalled the love the team received from the fans.

“We outclassed Pakistan in the Final and the stadium was full with plenty of fans. When we came back to India, people told us that commentators made them feel like they were in the stadium and not listening in another part of the world.”

“I remember landing in New Delhi, and the fans were there with drums and they carried all of us. I don’t know where we finally went and landed, but it was definitely well outside the airport. It was a reception that I will never forget. I remember coming out of the aircraft and then the fans took over, we hadn’t got a chance to get our baggage either.”

A former national selector himself, Govinda is quite impressed with the Indian Men’s Hockey Team and noted that they would not make an easy opposition at the FIH Odisha Hockey Men’s World Cup 2023 Bhubaneswar and Rourkela. India have been drawn in Group D along with Wales, Spain and England.

“I think the current Indian Men’s Hockey Team is quite fit. And I think our forward line is playing well and I think the strikers have also improved a lot. It was nice to see the team scoring more field goals.”

“In the upcoming FIH Odisha Hockey Men’s World Cup 2023 Bhubaneswar and Rourkela, I think the Indian Men’s Hockey Team is not an easy one to beat. They will give a good fight to each and every top team who are taking part in the World Cup,” he signed off.