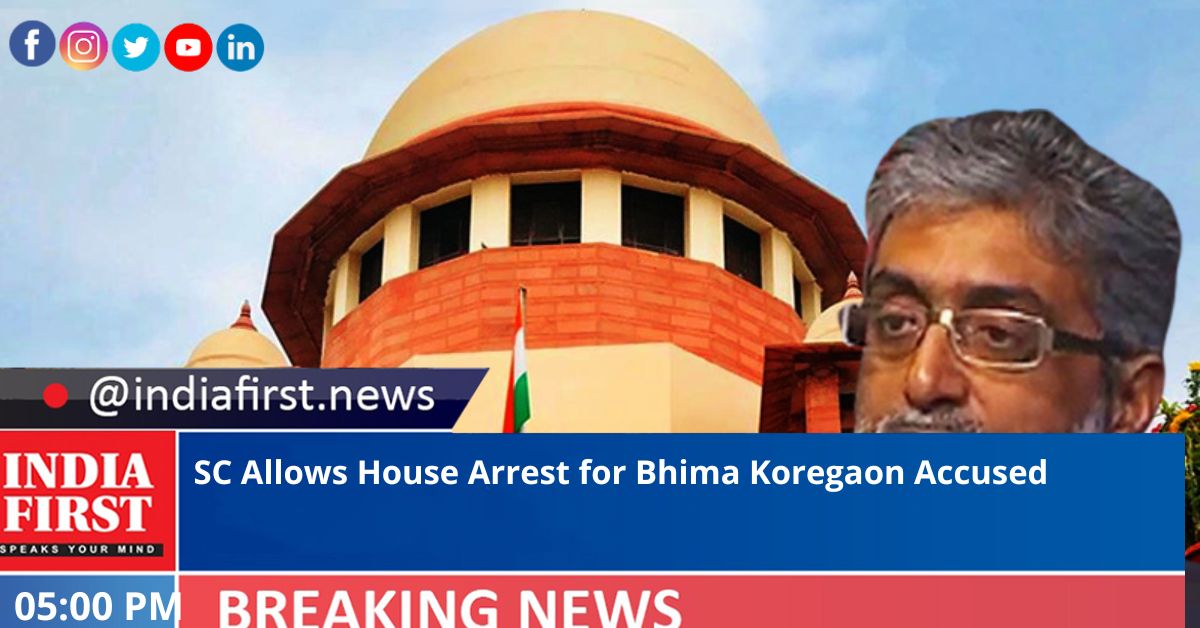 The Supreme Court on Thursday allowed activist Gautam Navlakha, accused in the Bhima Koregaon case, to be placed under house arrest.

A bench comprising Justices K.M. Joseph and Hrishikesh Roy allowed the 70-year-old to be placed under house arrest for a month in Mumbai, while imposing a number of conditions. Giving relief to the activist, the bench said prima facie there was no reason to decline his medical report. “We would think that he should be allowed to be placed for house arrest for a period of one month,” said the bench.

The bench said Navlakha will not use Internet, computer, or any other communication device during the period of house arrest and permitted him to use a mobile phone, provided by the police personnel on duty, without Internet connectivity for 10 minutes in the presence of the police.

While allowing Navlakha’s house arrest, the bench noted that it was unlikely that the case will make any progress towards completion in the foreseeable future and also charges have not been framed.

The bench made it clear that Navlakha should not be allowed to leave Mumbai and he will also make no attempt to influence witnesses during the period of his house arrest. The top court also ordered that there should be CCTVs at the entrance exit and outside the rooms of the residence.

The bench further added that the petitioner and his companion were expected to scrupulously adhere to all conditions imposed by it. “Any deviation will be viewed seriously and may entail immediate cancellation of the order,” it said.

The top court said Navlakha will have to bear the cost of surveillance and asked him to deposit Rs 2.4 lakh. The top court has listed the matter in December for further hearing.

On November 9, Additional Solicitor General S.V. Raju, appearing for the National Investigation Agency (NIA), submitted that people such as Navlakha want to destroy the country and alleged that he is pro-Maoist and indicated his links with Pakistan’s ISI. Raju emphasized that they are not innocent people and involved in actual warfare, and “they want to destroy the country…”