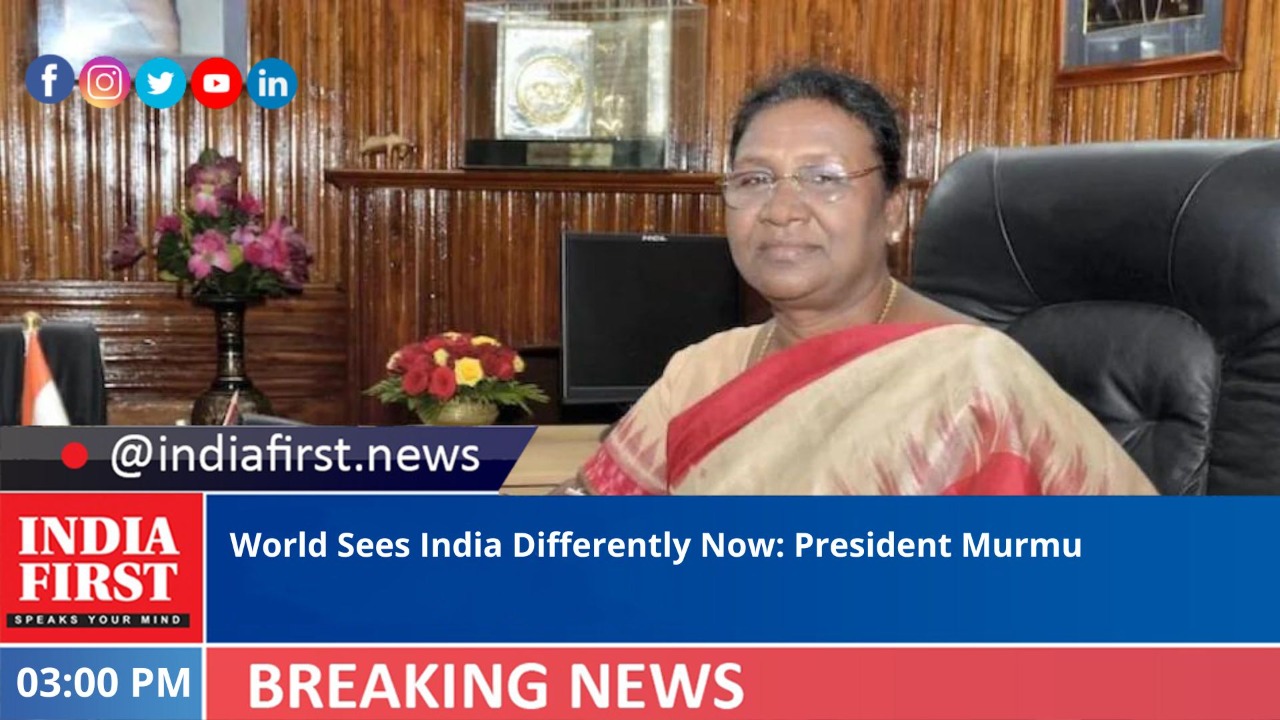 President Droupadi Murmu on Thursday said the success achieved by India in the field of vaccination during the Covid-19 pandemic has impressed the world, adding the “outlook of the world towards India has changed”.

Addressing the civic reception programme hosted by the Odisha government here at Raj Bhavan, Murmu said India’s initiative in the field of environmental protection is being appreciated all over the world.

“This is a very important phase for India as well as Odisha. To make India a developed country, collective efforts of all are needed. With the commitment and hard work of the youth of our country, India can be a leading nation in the world,” she said.

Murmu further said that the benefits of development must reach all sections of the society. If the living standard of those living on the margins is not improved, a country or society cannot be said to be truly developed.

That is why the philosophy of ‘Antyodaya’ is very important which aims to bring the fruits of development to the economically, socially and educationally backward people, she added.

During her speech, Murmu said the Central government has decided to set up a new circle of Archaeological Survey of India (ASI) at Puri.

“As a daughter of Odisha, I dream of a developed, peaceful and prosperous Odisha. I wish that the campaign to make India more prosperous starts from Odisha,” Murmu said.

The President recalled the glamorous past of Odisha and reposed immense faith in the people of Odisha to realise their true potential to make a bright future.

She said that Odisha is a state rich in natural resources like 480 km coastline, minerals, forest and water resources. It is a land of rivers and fertile fields. It is also the land of hard working, ethical and skilled human resources, she said.

She said that Odisha can become a developed state of the country by utilising the natural resources properly.

Murmu said she was impressed with the affection, love and respect received from the people of those states. Still, the fragrance of her motherland and soil is unique. The attraction and beauty of this region is unique, she stated.

The President further said that she was overwhelmed by the love and respect she received from the people of the state. She thanked the Governor Ganeshi Lal, Chief Minister Naveen Patnaik and the state government for organising such a grand event.

Earlier, she paid floral tributes before the statues of prominent freedom fighters and leaders of Odisha in Bhubaneswar.