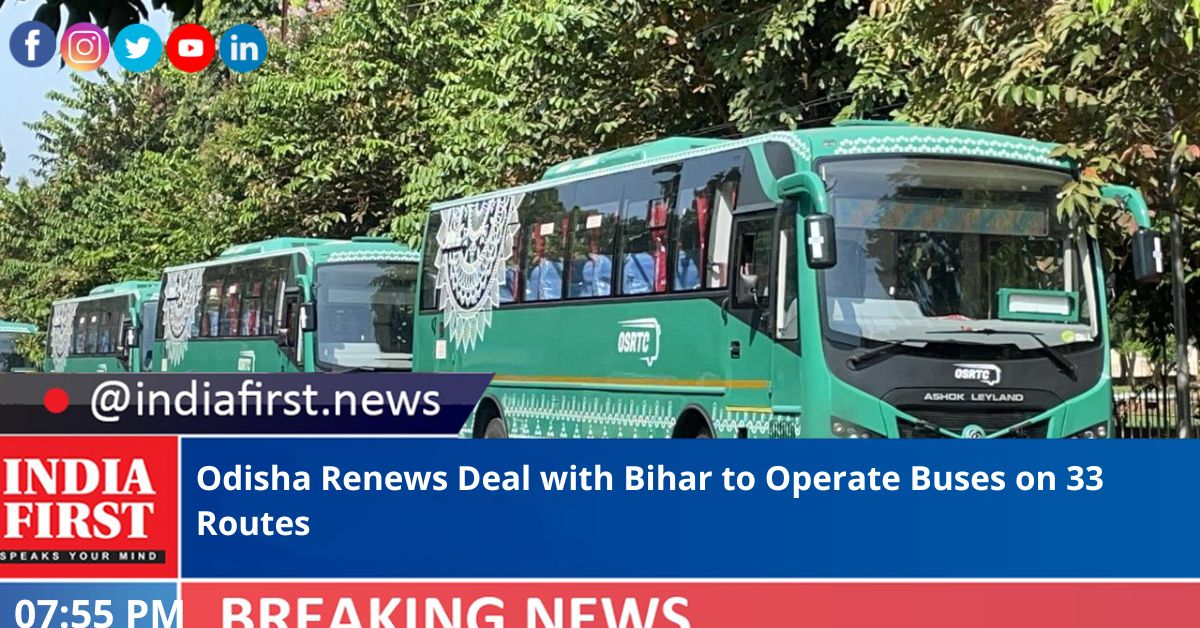 The Odisha and Bihar governments have renewed their agreements to ply direct bus services passing through Jharkhand on 33 routes covering almost 21,867 km, an official said on Saturday.

As per the older agreement, buses were operating on 15 routes covering a total distance of 9,276 kms. Now, it has been extended further, the official said.

Services on the new and longer routes will boost connectivity of religious, tourists and places of educational importance between two states.

This is a big step towards facilitating road transport in the state. The agreement between the transport departments of Bihar and Odisha would also help in strengthening the cultural roots, said Bhol.

The new inter-state agreement with Bihar will also open the door for new inter-state bus permits. Around 100 permits and trips will be opened in both the states, he added.

The Odisha government is also discussing with other neighbouring states, West Bengal, Chhattisgarh, Andhra Pradesh and Telangana for similar agreements.