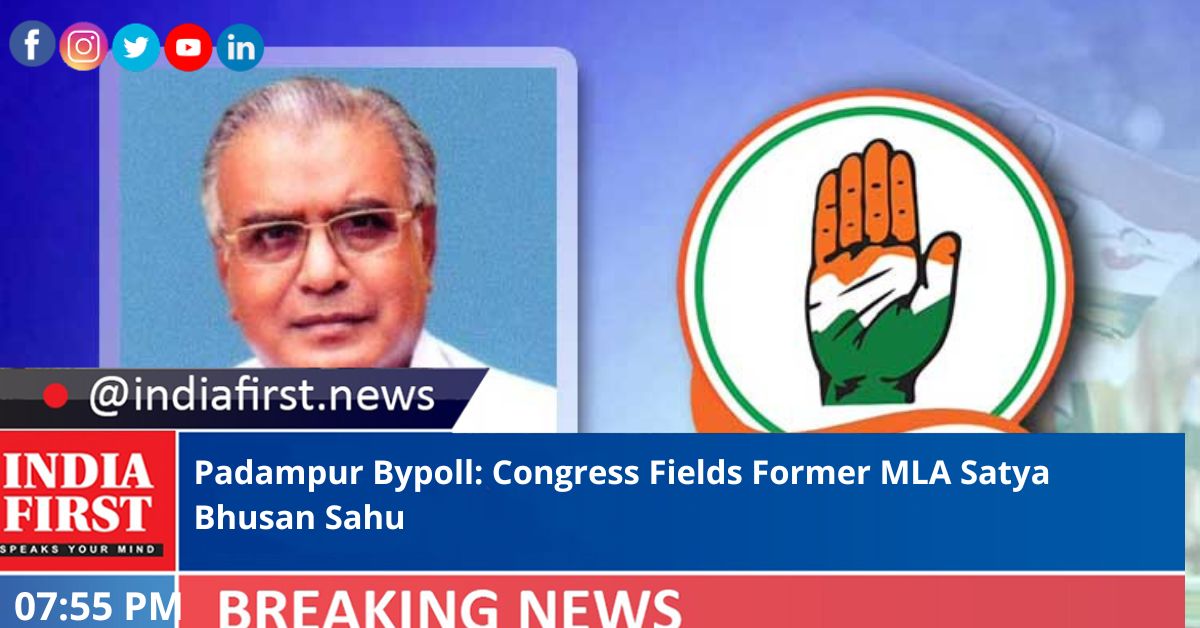 The Congress on Saturday nominated ex-MLA Satya Bhusan Sahu for the by-election to Padampur Assembly constituency in Odisha’s Bargarh district scheduled on December 5.

The bypoll has been necessitated after the demise of sitting BJD MLA BIjay Ranjan Singh Bariha in October.

“Congress President Mallikarjun Kharge has approved the candidature of Satya Bhusan Sahu as party candidate for the ensuing by-election to the Padampur Assembly constituency,” AICC General Secretary Mukul Wasnik said in a statement.

Earlier on Saturday, BJP nominated former MLA Pradip Purohit for the bypoll in Padampur. Purohit is likely to file his nomination on November 14.

The state president of BJP’s farmers’ wing, Purohit has a strong hold in the constituency. He had won the seat in 2014 but lost to BJD’s Bijaya Ranjan Singh Bariha in 2019.

The ruling Biju Janata Dal (BJD) is yet to nominate its candidate for the by-election.

As per the schedule, the intending candidates can file their nomination papers till November 17. The last date for withdrawal of candidature is November 21, while the votes will be counted on December 8.