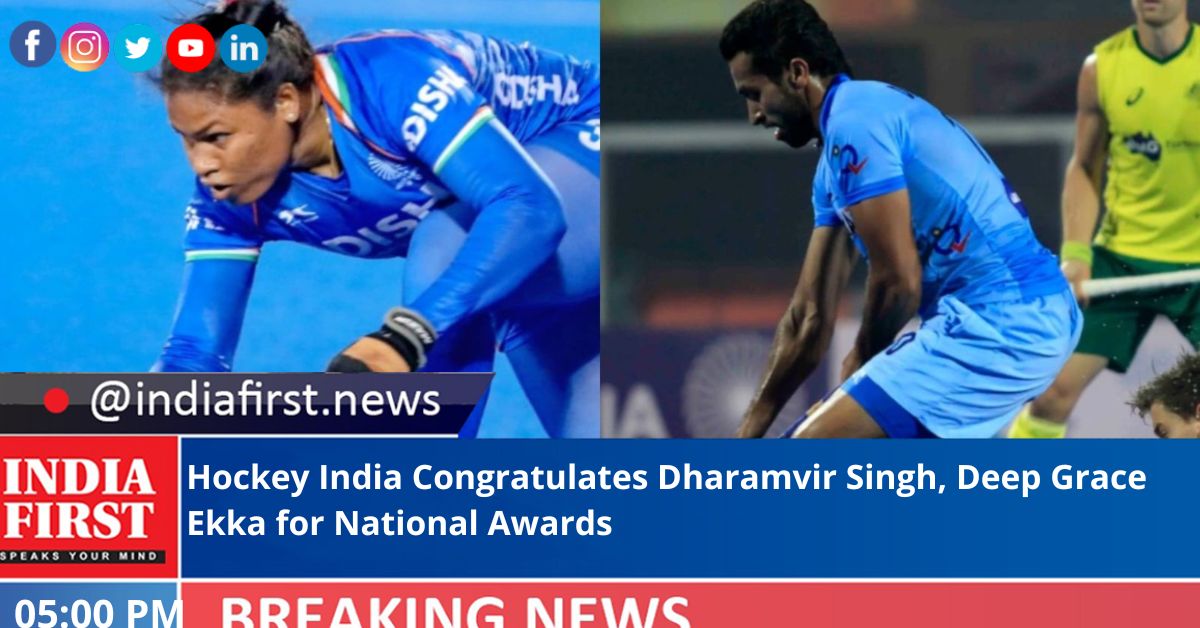 Hockey India on Wednesday congratulated former India player Dharamvir Singh and Indian Women’s Hockey player Deep Grace Ekka on being named for the National Awards which will be presented on November 30 at the Rashtrapati Bhavan.

Dharamvir Singh, who was part of the Indian Men’s Team for London Olympics 2012 and won the Gold Medal at the Asian Games 2014, will receive the Dhyan Chand Award for Lifetime Achievement.

In his long career, he was part of the team that won Silver at the Glasgow Commonwealth Games in 2014, Bronze at the Hockey World League Final in Raipur 2015, and also has to his credit a Bronze Medal from the 2010 Asian Games among several other feats.

Experienced defender of the Indian Women’s Team Deep Grace Ekka will be honoured with the prestigious Arjuna Award. The 28-year-old from Sundergarh district in Odisha has contributed to the team’s resurgence over the last decade. She was part of the Indian team’s historic fourth place at the Tokyo Olympic Games 2020, she has to her credit a Silver and a Bronze Medal at the Asian Games 2018 and 2014 respectively.

She was also part of the team that recently won the Bronze Medal at the Birmingham Commonwealth Games in 2022. Among her many feats is also a Gold Medal at the Asia Cup in 2017 and continues to be a vital member of the Indian Team currently preparing for the FIH Nations Cup in Valencia this December.

Congratulating both Dharamvir Singh and Deep Grace Ekka, Dr Dilip Tirkey, President, Hockey India said, “It is a proud moment for hockey that two of our stalwart hockey players are being recognised for their achievements in the sport. I congratulate Dharamvir Singh on being named for the Dhyan Chand Award for Lifetime Achievement and I also congratulate Deep Grace Ekka on winning the Arjuna Award. Both players have immensely contributed to the performance of Indian hockey at the international stage, I wish them more success and the very best for their future endeavours.”