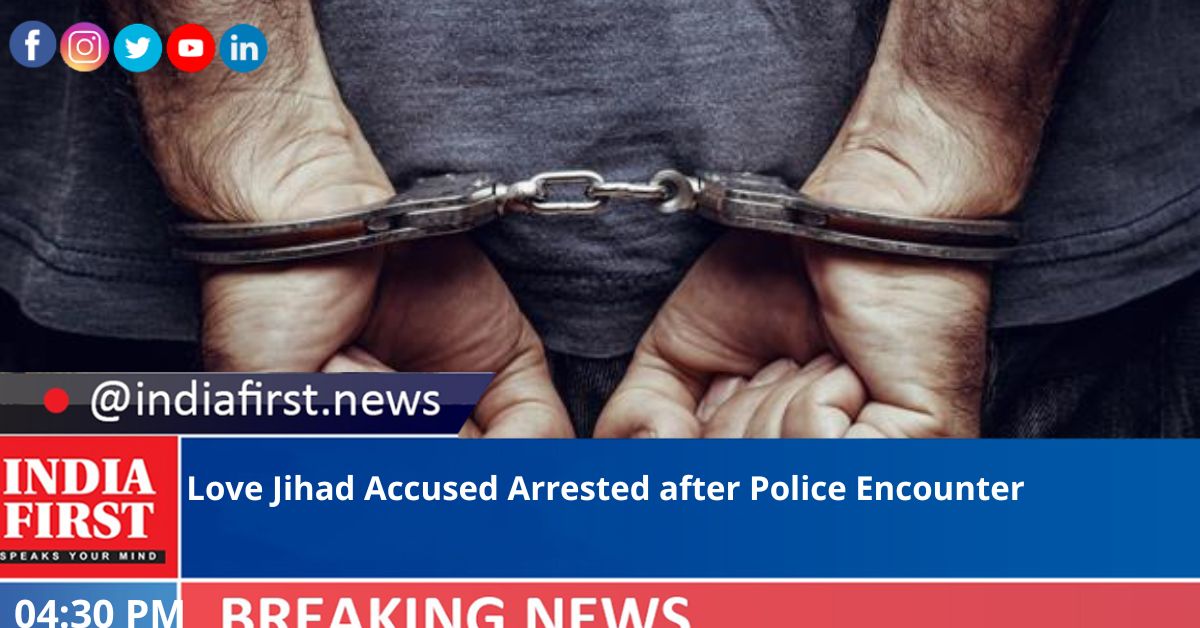 Sufiyan, the accused in the love jihad case, was arrested on Friday following a brief encounter with the police.

Sufiyan received a bullet injury in the leg when the police opened fire to stop him from fleeing.

Earlier this week, Sufiyan allegedly threw the victim off the fourth floor because she refused to convert to Islam and marry him.

The Lucknow police had announced a reward of Rs 25,000 for anyone who provides information about Sufiyan’s whereabouts.

Protests had been taking place in Lucknow as people demanded his arrest and strict punishment in the case.