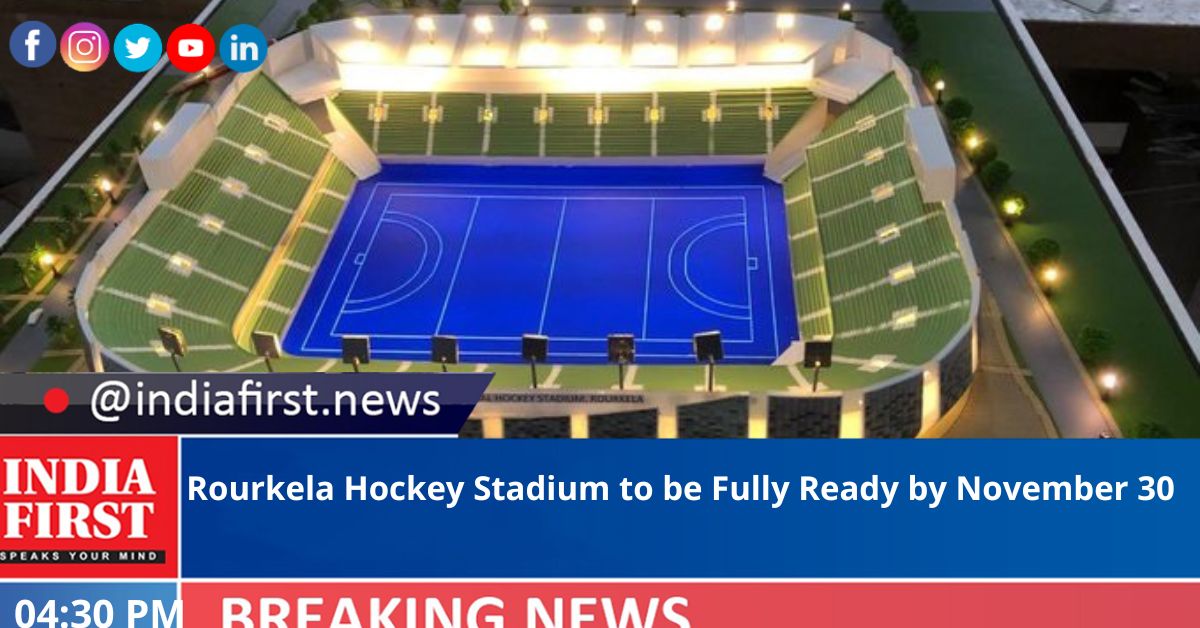 Leading a three-member high-level team, Mahapatra visited the hockey stadium and proposed airport site in Rourkela city, and took stock of the progress of work at the two big projects.

After reviewing the work, he said the construction of the Birsamunda International Hockey Stadium and also airport is in its final stage. “We hope that the work will be completed at the stadium and airport by this month end,” he said.

The turf has been laid in the main and practice stadium. The work of the visitors’ gallery and 225 accommodation rooms for players and officials to stay is going to be completed soon, he said.

Mahapatra said pro-league matches between hockey teams from India and other countries would be organised after the work is completed to test the new turf and practice ground.

A modern parking place is being developed around the stadium to accommodate a maximum number of vehicles as a large number of spectators are expected to visit the stadium to watch the hockey world cup, being organised for the first time in Rourkela, he stated.

In addition to it, arrangements have been made for drinking water and toilets inside the stadium. Direct charter flights will be arranged by the Odisha government for the smooth movements of players from Bhubaneswar to Rourkela, the Chief Secretary said.

Steps are being taken to put up LED screens at strategic places of the steel city for the people who could not make it to the stadium to watch the matches.

The expansion of the Rourkela airport is going on very fast. The works for development of roads connecting to the stadium, the road to the airport, ring road and other beautification projects are going on full swing, the Chief Secretary added.

The Men’s FIH World Cup Hockey, 2023 is scheduled to be held in the stadium along with Kalinga Stadium here from January 13 to 29 next year. Around 20 matches will be played at Rourkela.