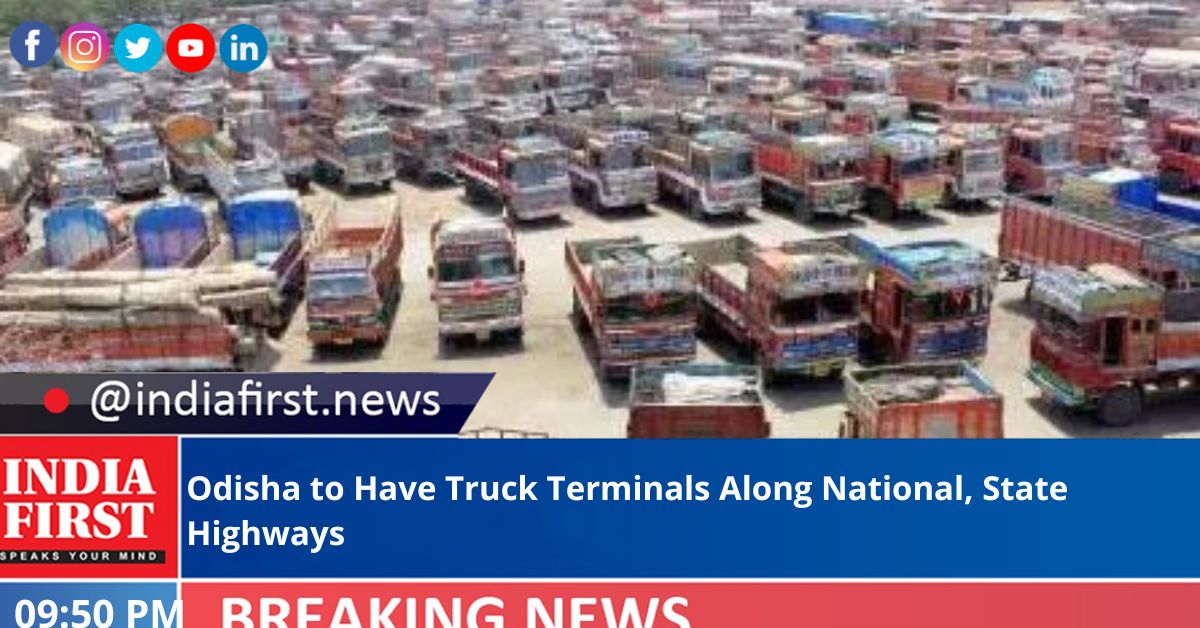 In a bid to curb road fatalities caused by unruly parking of heavy vehicles, the Odisha government is going to set up truck terminals along the national and state highways, an official said on Saturday.

The state transport department has identified land at six locations in Sundergarh, Balasore, Kendrapara, Angul, Bhadrak and Nabarangpur districts for the construction of truck terminals on public-private partnership (PPP) mode.

The core objectives of developing the integrated truck terminals is to reduce accidents and fatalities due to parking, to make best use and effective utilisation of resources and prevent encroachments, said Lalmohan Sethi, Additional Commissioner, Transport (Road Safety).

In 2021, out of 5,081 accident fatalities, nearly 25 per cent were due to collision of vehicles with illegally parked trucks on the highways, he said.

“With emphasis on eradicating such accidents, the State Transport Authority (STA) has decided to construct truck terminals to streamline vehicle parking and movement on the highways,” said Sethi.

The terminals will have warehouses and cold storage facilities, petrol bunk, restaurant, weighing bridge, loading and unloading area, dormitory, toilets and washrooms, ATMs, health clinic and other facilities, he informed.

The STA has invited tenders from various local, national and international developers who are well conversant with the development of integrated truck terminals on PPP mode.