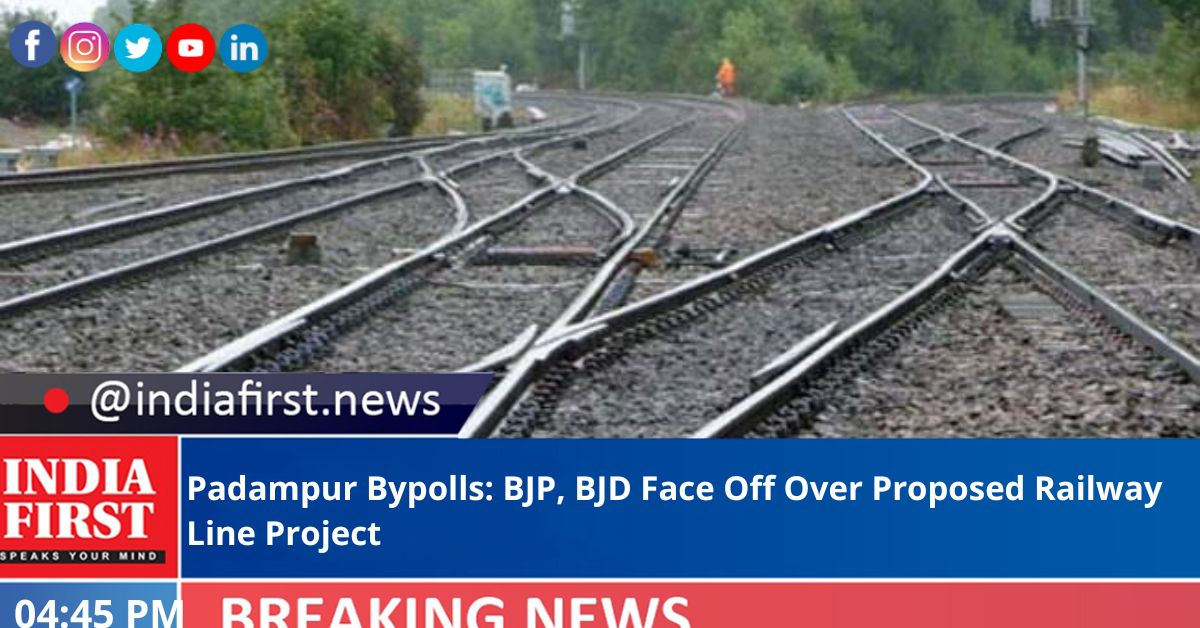 Ahead of the bypoll to Padampur Assembly constituency in Odisha, the BJP and the Naveen Patnaik-led BJD have now locked horns over a proposed railway line project from Bargarh to Nuapada via Padampur.

Just a day after Odisha’s Commerce and Transport Minister Tukuni Sahu’s letter for early sanction of the new railway line to Padampur, Railway Minister Ashwini Vaishnaw on Monday said that state-own ORIDL has been entrusted with the responsibility of the project.

In a reply to Sahu’s letter, the Railways Minister said the Centre had accorded in-principle approval to the project and Odisha Rail Infrastructure Development Limited (ORIDL), a joint venture of the state government (51 per cent) and Ministry of Railways (49 per cent), was informed about the same on December 31, 2021.

The Union minister added that the Centre has sanctioned Rs 9,734 crore for the development of rail connectivity and infrastructure in Odisha. Besides, 38 railway stations have also been revamped, he added.

Vaishnaw sought necessary support from the Odisha government for the overall development of the state.

In her letter, Sahu had mentioned that in 2019, the Ministry of Railways had ‘shelved’ the proposed new line as it did not appear to be financially viable, despite the high rate of return. Sahu had also demanded reconsideration and sanction of the proposed railway line project.

Meanwhile, reacting to Vaishnaw’s letter, BJD spokesperson Sasmit Patra said that after the state gave consent to give land for free and Rs 300 crore extra fund, the Railway Ministry, instead of doing the work, has asked a state agency to do a further survey.

“This is unacceptable as it seems the Railways is washing its hands off the project in Odisha,” he said.

He also alleged that BJP is only doing lip service as it has no intent to sanction this project.

“We don’t want in-principle approval, survey etc. We want the project to be sanctioned by the Railways and constructed with the help of free land and Rs 300 crore from the state government. Railways should stop misguiding the people of Padampur like it has been doing since 2018,” Patra said.