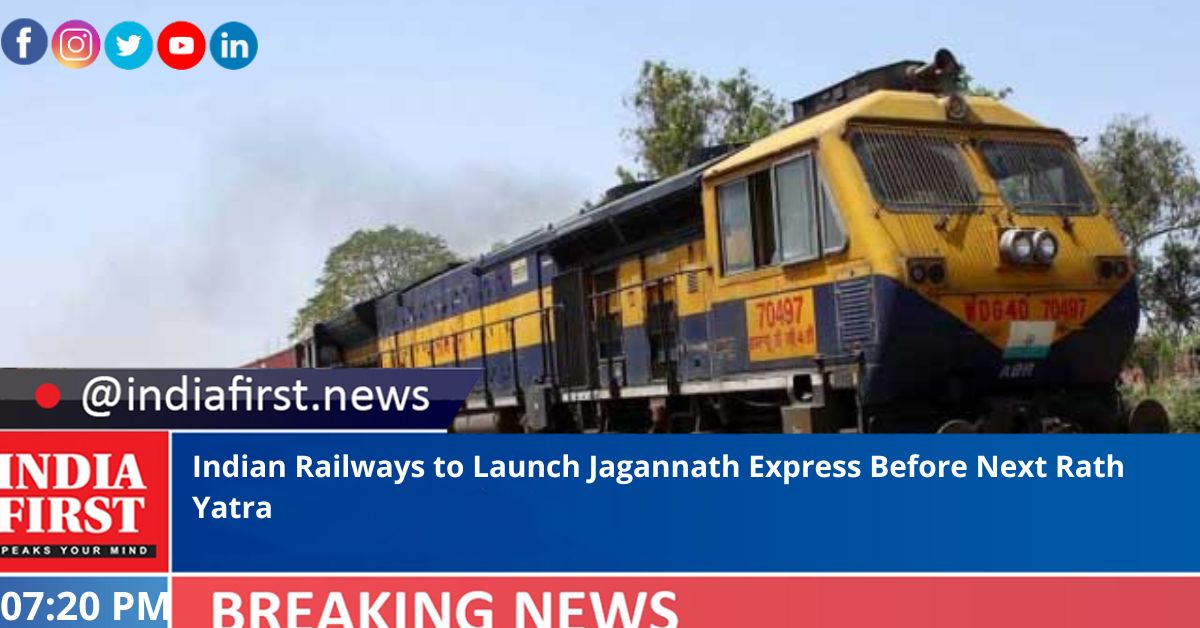 Briefing the mediapersons here, Vaishnaw said Prime Minister Narendra Modi has a vision to showcase India’s rich cultural heritage and magnificent historical places to the people of India and the world through railways.

Now, Jagannath Express will be launched under the project to promote the rich Jagannath culture, food and language.

Design of the train and Jagannath circuit has been finalised. The service will be launched just before the next Rath Yatra, the minister said.

Commenting on the introduction of metro train service in Odisha, he said: “It can be done after getting a complete proposal from the state government. Till now, no proposal has been received from Odisha.”

He further informed that the Modi government has allocated Rs. 5,600 crores to digitally connect about 7,600 unconnected villages in Odisha.

Besides, 5G service will be introduced in Odisha in the first phase only. All these initiatives will help to boost the digital economy in the state, he added.

Speaking at the Odisha Nirman programme organised by local news channel, the Railways Minister has said that Odisha is going to witness a complete transformation in the railway sector.

Tenders for transformation of 28 stations have been awarded.

Similarly, before 2014 during the UPA-led government, Odisha was getting Rs 838 crore per year in the railway sector.

When the Narendra Modi government came to power, it doubled and then increased the allocation by four times. Now, in the current financial year, Odisha got Rs 9,734 crore for the development of railways, he said.

The Minister further said that during the Congress regime, railway lines of total length of only 25-26 km were constructed each year in Odisha.

However, railway tracks of 180 km were laid in the last financial year and this year, so far, 238 km has been already completed in the state, the minister said.