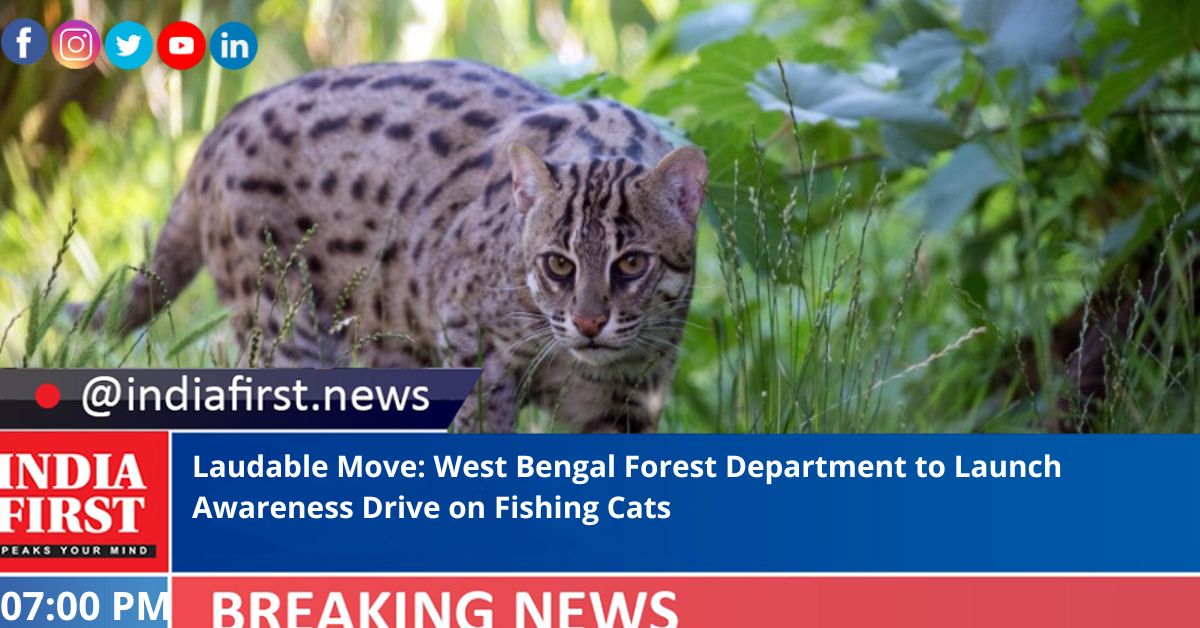 The West Bengal forest department has decided to conduct an awareness drive on the protection of fishing cats, the state animal, which inhabit the mangrove forests of the Sunderbans.

Recently, there was an attempt to conduct a census of the fishing cats.

A department official said that camera-traps were laid in different pockets of the mangrove forests and upon analysing the footage, it has been found that currently there are 385 of them scattered over the four ranges of Sajnekhali Wildlife Sanctuary, National Park East, National Park West Bengal and Basirhat.

The recent fishing cat census was the second of its kind in the world after the first one was conducted in Odisha’s Chilika Lake in June this year in a joint collaboration between The Fishing Cat Project (TFCP) and the Chilika Development Authority.

However, what has kept the state forest department worried is that the increasing incidents of the fishing cats becoming victims of the animal-human conflict.

According to the deputy field director of the Sundarban Tiger Reserve, S. Jones Justin, there is a necessity for creating larger public awareness about these fishing cats.

“They prefer to stay in the moist areas in the jungles which are adjacent to the water bodies. However, of late there had been instances of human encroachments in the area, which is endangering the existence of the fishing cats in the region,” he said.

Meanwhile, a state forest department official said that one major reason for this conflict with human beings is the prevailing misconception about general people regarding these fishing cats essentially because of their body texture that resembles somewhat like that of a mini-leopard.

“So, when these fishing cats enter the human habitations, the local villagers often kill them out of this misconception. So, there is a necessity to create an awareness drive about fishing cats among local people,” the official said.