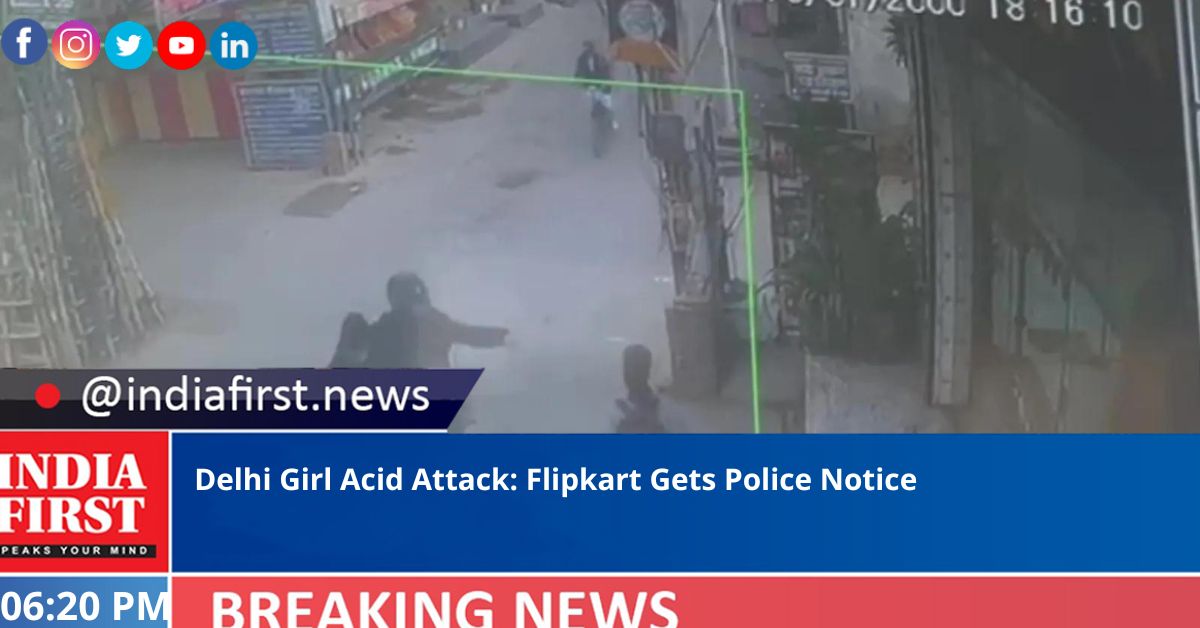 A day after the shocking incident of an acid attack on a 17-year-old schoolgirl, the Delhi Police on Thursday issued notice to Flipkart, from where the accused had bought the acid.

The sale of acid is banned in the market but the accused, identified as Sachin Arora, had bought it online from the e-commerce platform.

The 17-year-old was attacked with acid on Wednesday morning near Dwarka Mor while she was on her way to school. Three persons have been held in this connection.

Arora, along with two others – Harshit Aggarwal a.k.a. Honey, 19 and Virender Singh a.k.a. Sonu, 22 – had planned and hatched the conspiracy a few days ago to throw acid on the girl after their friendship ended in September this year, an official said.

All the three accused are residents of the same locality where the girl resides.

“At the time of the incident, Harshit was driving the bike. Virender aided the accused persons by being part of the criminal conspiracy,” a police official said.

In the morning before the incident, Singh took Arora’s scooty and mobile phone to another location so as to create an alibi and mislead the investigation.

The police said that on the basis of technical evidence, it has been found that Arora procured the acid from Flipkart and payment mode was through PayTM.

Meanwhile, the Delhi Commission for Women on Thursday also issued notice both Flipkart and Amazon for selling acid on their platforms.

“The ease of availability of acid on online platforms is a matter of grave concern and needs to be checked urgently,” the notice read.