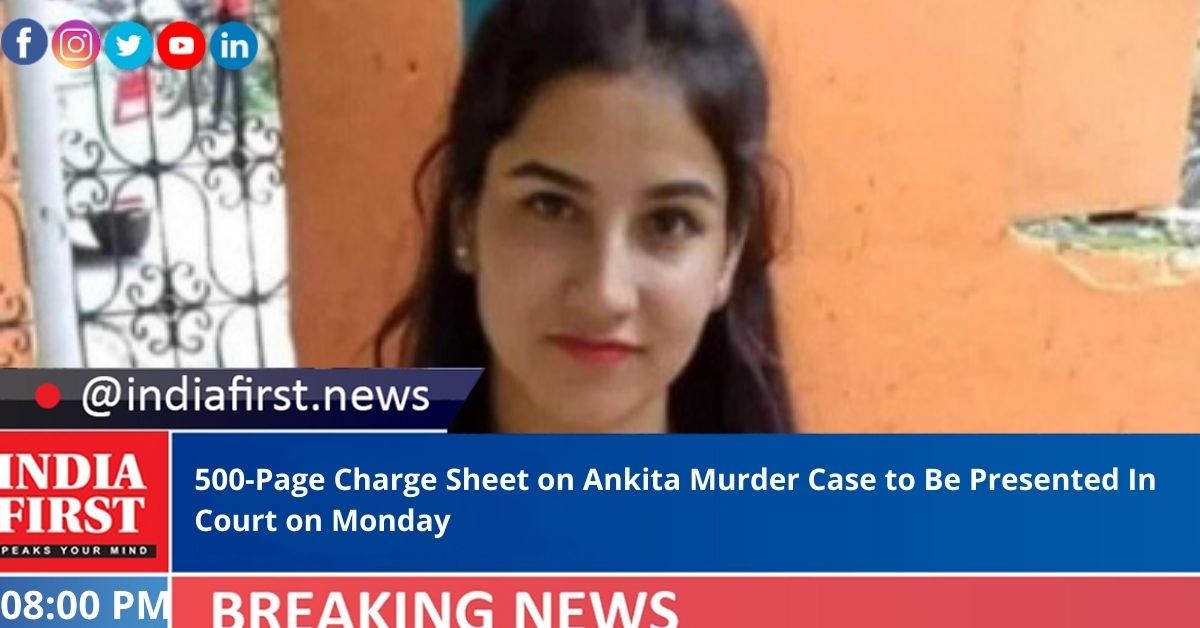 The 500-page charge sheet has been prepared in Ankita Bhandari murder case, which will be presented in the court on Monday.

According to ADG Law and Order, V. Murugashan, it took 90 days to file the 500-page charge sheet, after examining around 100 witnesses.

The 19-year-old victim worked at a resort owned by the accused in Uttarakhand’s Pauri district.

Inspection of the crime site and interrogation of resort workers revealed that the victim left the place with accused Pulkit Arya, the resort’s manager Saurabh Bhaskar and Ankit Arya at around 8 p.m. on September 18, 2022.

they were strictly interrogated.

In connection with the murder, IPC sections 302, 201, 120B were added and the accused were sent to jail on September 23.

The victim’s body was recovered on September 24 from Chilla canal.

Since the murder was an instance of heinous crime committed against woman, an SIT team led by Director General of Police, Law and Order, P. Renuka Devi was constituted on September 24.

The statements of several witnesses were recorded in the court under section 164 CrPC, along with procurement of reports by expert doctors and documents related to prosecution.

Narco test of the accused is also being discussed by the police officials.