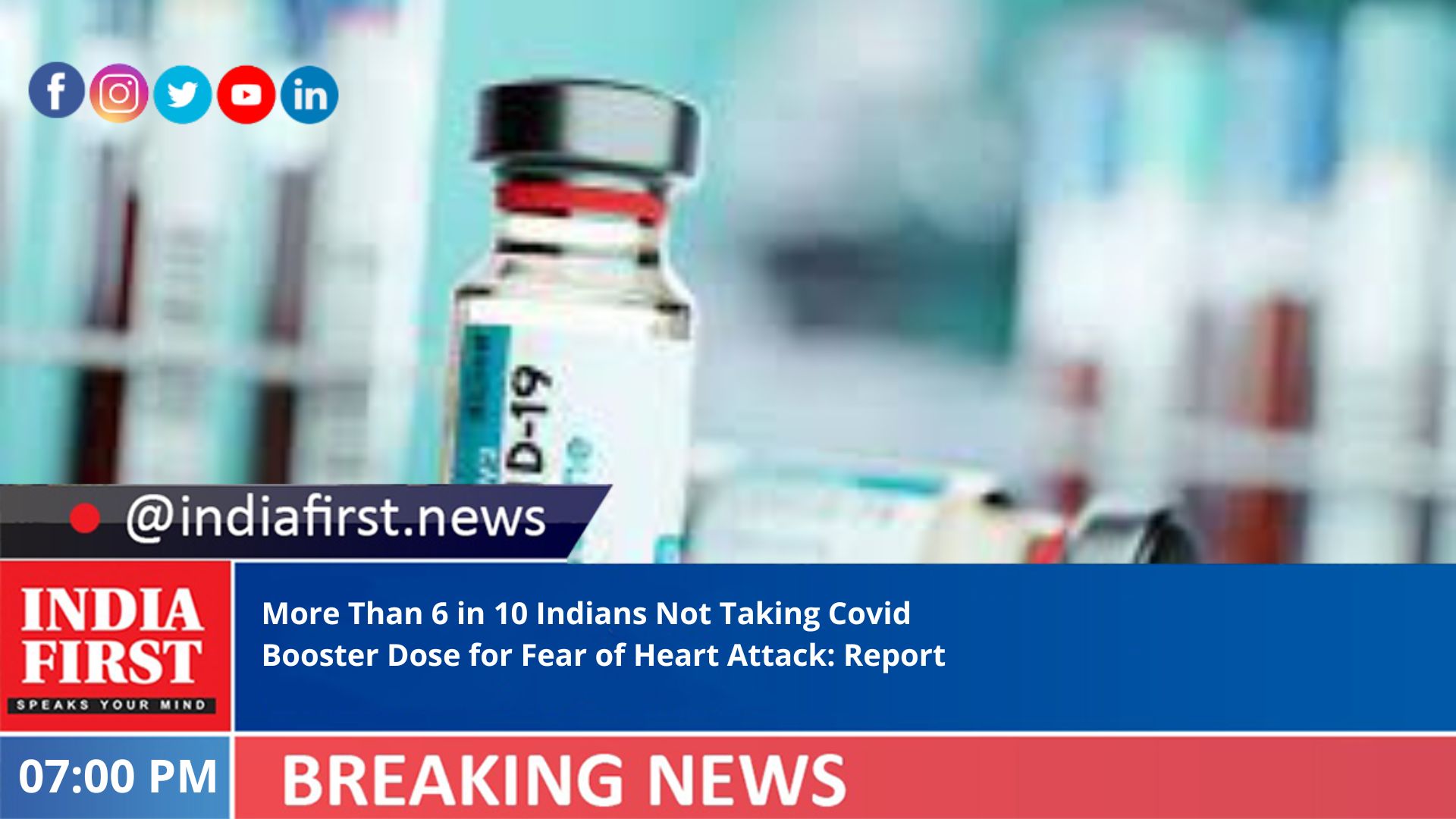 As the country gears up to tackle fresh Covid wave concerns amid infection surge in China, a survey revealed on Thursday that over six in 10 Indians (64 per cent) are reluctant to take the Covid booster dose and rising cases of heart attacks in young people have largely contributed to this hesitancy.

About 2 per cent are still to decide on whether to take the booster shot or not, according to local social community engagement platform LocalCircles.

The news from China of a new COVID variant surging and causing havoc has made citizens and authorities anxious. The dominant Omicron sub variant currently spreading across China is BF.7.

Epidemiologists and Health experts estimate 60 per cent of the population of China to get infected and that the current wave could lead to one million deaths.

Hospitals in China don’t have enough beds and people are seen waiting for hours at crematoriums to bury their loved ones.

“It appears from the outcome that while 28 per cent have taken the precaution of getting the vaccination as also the booster shot, and 8 per cent who are likely to do so in the next 30 days, there is a sizeable 64 per cent of respondents who are currently reluctant to take the booster or precaution dose,” said the findings.

The latest survey received over 19,000 responses from citizens located in 309 districts.

While several people, especially in tier 2, 3 and 4 and rural districts, believe Covid is long gone and there is no need to take any more doses, a spate of cases of heart attacks and brain strokes that have occurred in people’s own networks and those reported in the media are leading a section of the population to believe that the vaccine is causing side effects.

In an earlier survey, 51 per cent citizens said that they have one or more individuals in their close network who have had a heart or brain stroke, cancer acceleration or a neurological condition in the last two years.