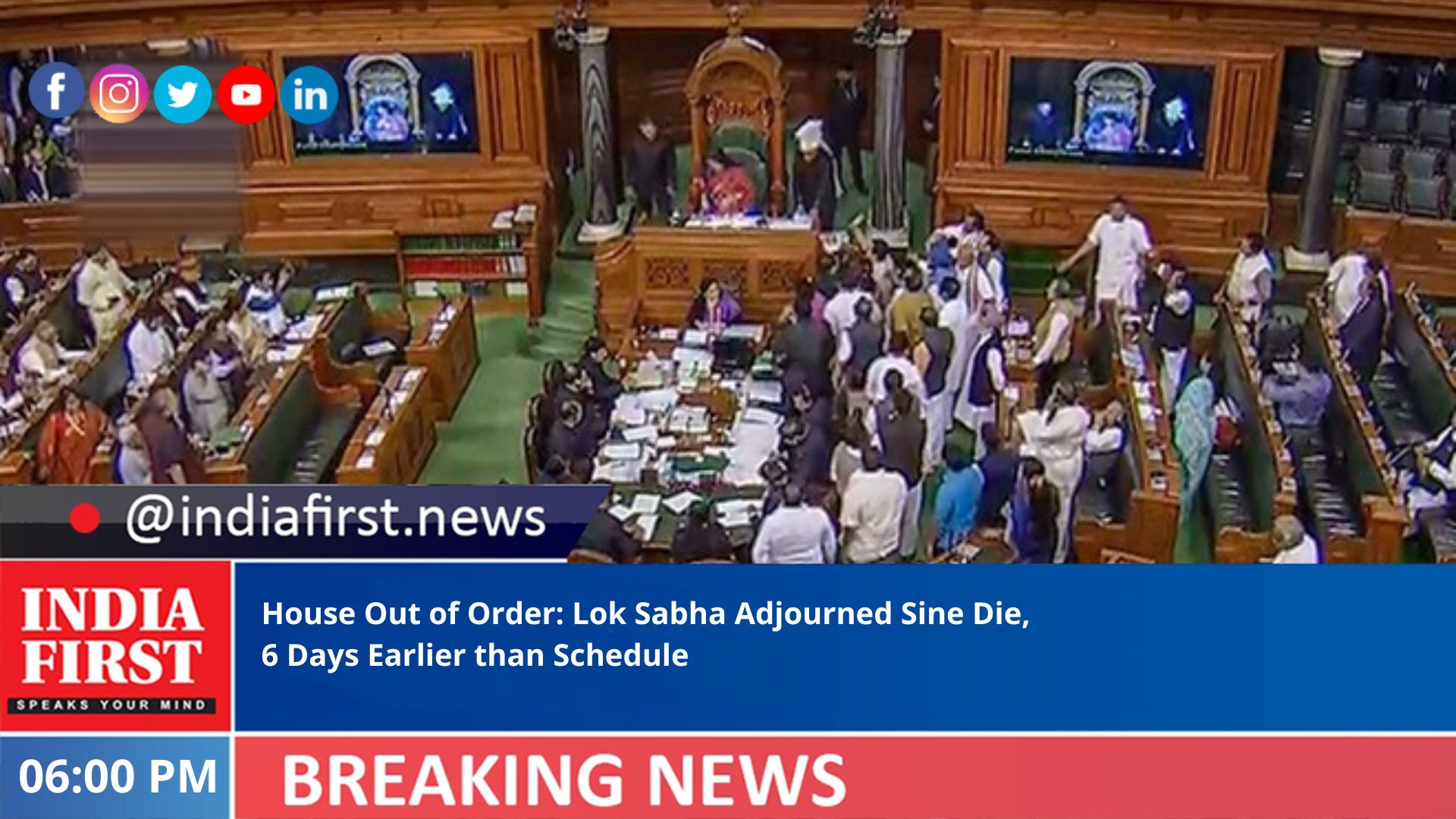 The Lok Sabha was adjourned sine die on Friday, six days ahead of schedule.

Before adjourning the House, Speaker Om Birla informed the members that 97 per cent of work productivity was clocked during the winter session.

During the session which got underway on December 7, a total of 13 meetings were held which lasted for 68 hours and 42 minutes, taking the productivity to 97 per cent.

Birla apprised that nine Government Bills were introduced of which seven were passed.

The members, he said, raised 374 matters of urgent public concerns and 298 matters under Rule 377.

A total of 43 statements were made by the ministers and 1,811 papers laid on the Table.

He thanked Prime Minister Narendra Modi, Parliamentary Affairs Minister and leaders of all parties for their cooperation in the House proceedings.