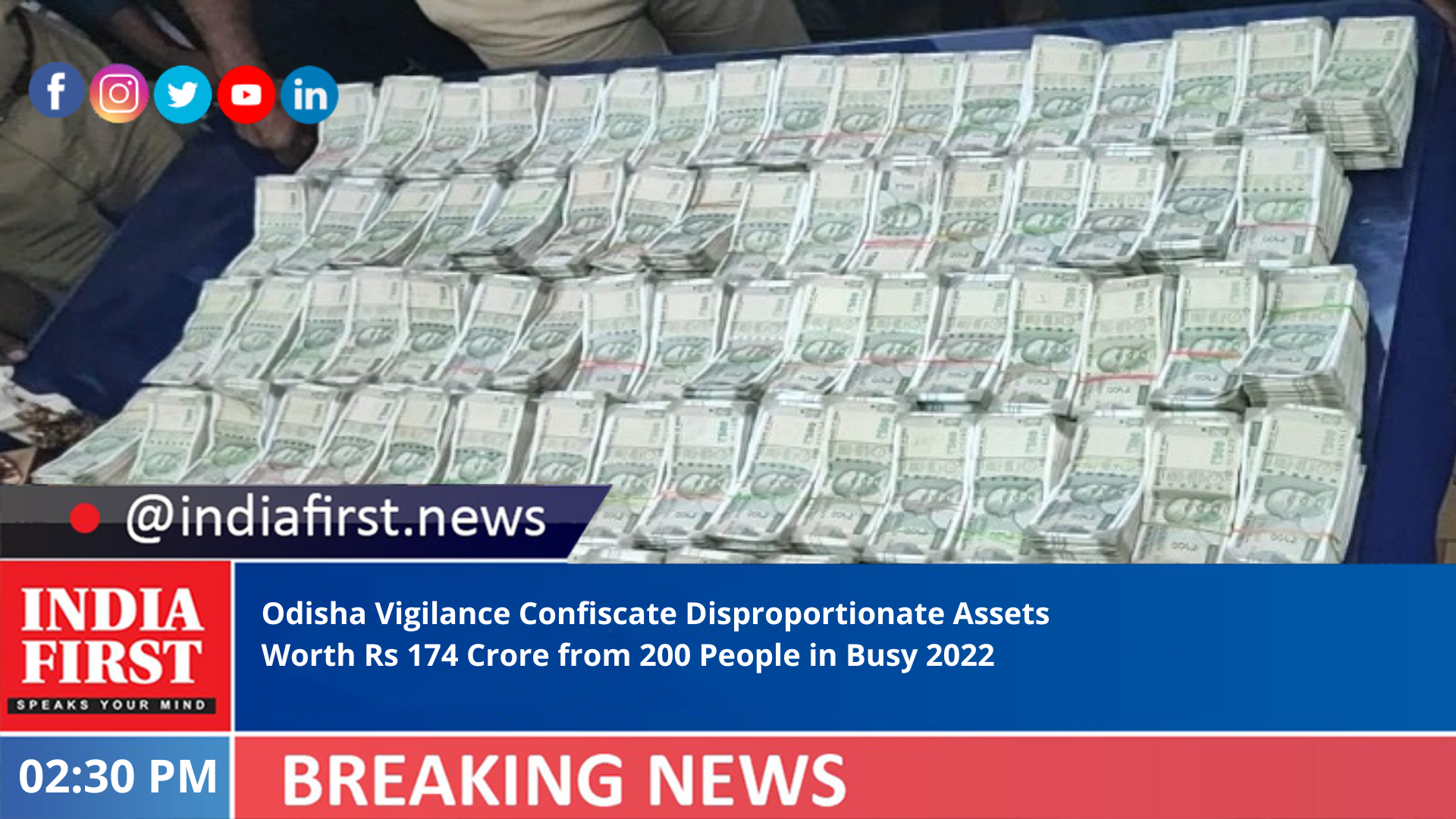 Continuing with its efforts to contain corruption, Odisha government’s Vigilance Department has unearthed disproportionate assets (DA) worth Rs 174.83 crore in 2022.

“Last year (2021), the Odisha vigilance had detected and registered the highest number of DA cases in the country, and this year too, we are hopeful of a similar performance,” he said.

The 285 cases included 84 DA cases, 118 trap cases and the rest other corruption cases. Of the 285 cases, 60 were registered against Class-I officers, which is the highest in the last five years, he said.

Out of the 285 cases registered in 2022, 84 cases were instituted for acquisition of disproportionate assets against 91 public servants and 56 private persons.

Jethwa said the top four cash seizures in DA searches in the history of Odisha vigilance happened in 2022 with the seizure of Rs 7.01 crore.

In 2022, 62 spouses were also brought into the ambit of investigation as co-accused in DA cases.

Similarly, the department trapped 126 public servants and three private persons for demanding and accepting bribes. They include 12 Class-I and 20 Class-II officers, 86 Class-III and two Class-IV employees, and six other public servants. The bribes amounted to Rs 36.94 lakh.

The highest cash seizure in a trap case in the history of Odisha vigilance also happened in 2022.

In 2022, 83 cases relating to misappropriation of public money were registered against 270 persons, including 170 public servants and 100 private persons. The public funds that were misappropriated amounted to about Rs 19.50 crore.

Further, 111 buildings in 62 valuation cases worth Rs 24 crore were evaluated by the technical wing of Odisha vigilance.

In 2022, Jethwa said, 347 cases were disposed of after investigation as against the registration of 285 cases, taking the disposal rate to 122 per cent of registration.

As far as prosecution is concerned, the vigilance department recorded 91 convictions in 2022 at about 50 per cent conviction rate. Of the 91 convictions, 23 were against Class-I officers, 7 Class-II officers, 65 Class-III employees, 13 other public servants and 16 private persons.

The Odisha government has dismissed 30 public servants from services following their conviction in vigilance cases. During 2022, a significant number of officers with corruption charges were also given compulsory retirement by the government in pursuance of the policy of zero tolerance to corruption.

In 2022, the state vigilance received 16 number of cases from the Lokayukta for inquiry and submitted 23 inquiry reports after thorough probe.

Going forward, Odisha vigilance is committed to take strong actions against corrupt practices with focus on higher ranks through enhanced application of technology in detection and investigation, said Jethwa.