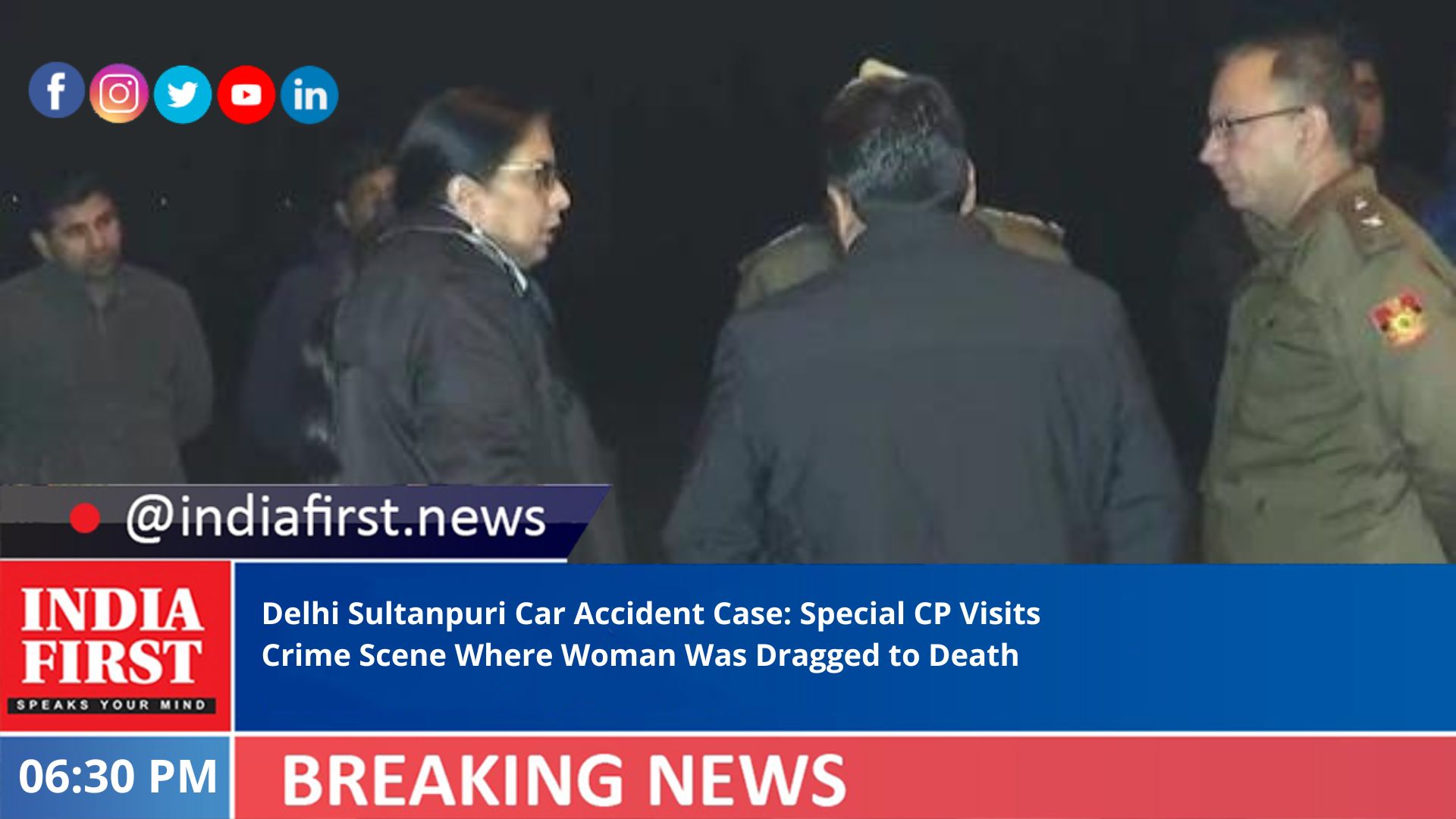 In a latest development in connection with the death of a 20-year-old woman, who died a painful death after being dragged by a car in Outer Delhi’s Kanjhawala, Special Commissioner of Police, Shalini Singh visited the spot in the intervening night of Monday and Tuesday.

Singh, accompanied by DCP EOW Jitender Kumar Meena and her staff, reached the crime scene at 12 a.m. and took a round of 12-km long way on which the woman was allegedly dragged by the car.

On Monday, the Ministry of Home Affairs (MHA) constituted an inquiry committee led by Singh to furnish a report in the case by Tuesday evening. Earlier, a team of three doctors conducted the postmortem of the deceased. The autopsy report will be furnished by Wednesday evening.

The victim was riding the scooty when she met with an accident. It is said that her clothes got entangled in the wheel of the car and she was dragged for 12 km which led to her death.

Victim’s naked body was found in Kanjhawala in the wee hours of Sunday. The police have arrested all the five occupants of the car. They are currently on three days police remand.