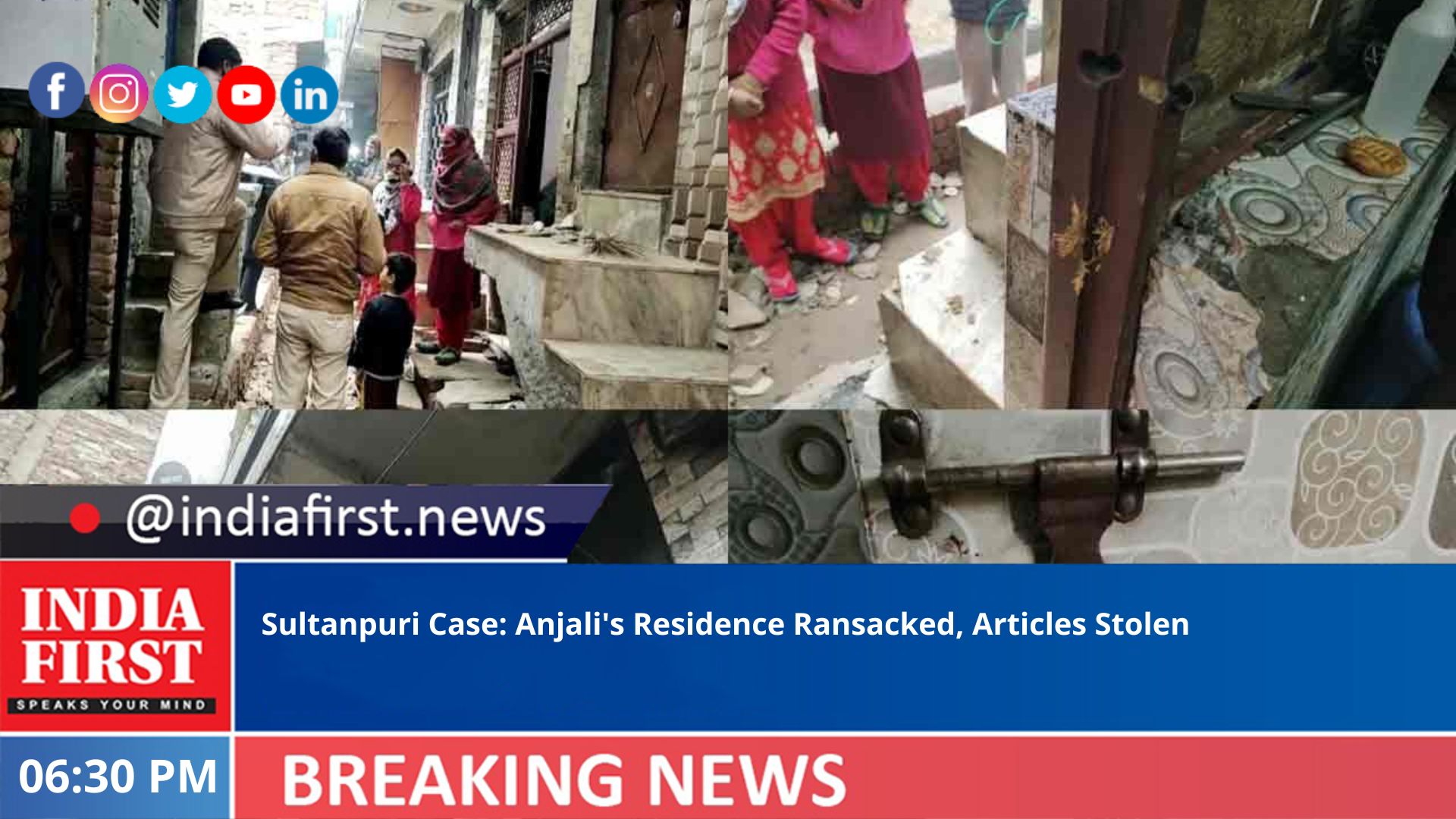 The house of Anjali, who died after being dragged by a car for about 12 km in the early hours of January 1 in the national capital, was ransacked and unidentified robbers took away several things, including TV and other articles.

However, police are yet to give details, but the locals said that they informed the family members of Anjali about the robbery in their house around 7.30 a.m. on Monday. The house lock was broken and several articles were missing.

The officials from the Aman Vihar police station were on the spot.

Anu, a relative of Anjali said that neighbours had told them about the theft and said, “We suspect Nidhi to be behind it.

“Nidhi is trying to keep her belongings in our house for fear of being caught.”

Anjali’s relatives are also raising fingers at the police. “Police were here for the last eight days but why are they not here since yesterday?” Anu said.

On January 1, Anjali and Nidhi were on their way home after a party at a hotel in Rohini when they had a head on collision with a Maruti Baleno car. Nidhi escaped with minor injuries but Anjali was dragged under the car for several kilometers.

Earlier, police had recorded the statement of Nidhi under section 164 CrPC as she is an eyewitness of the incident.