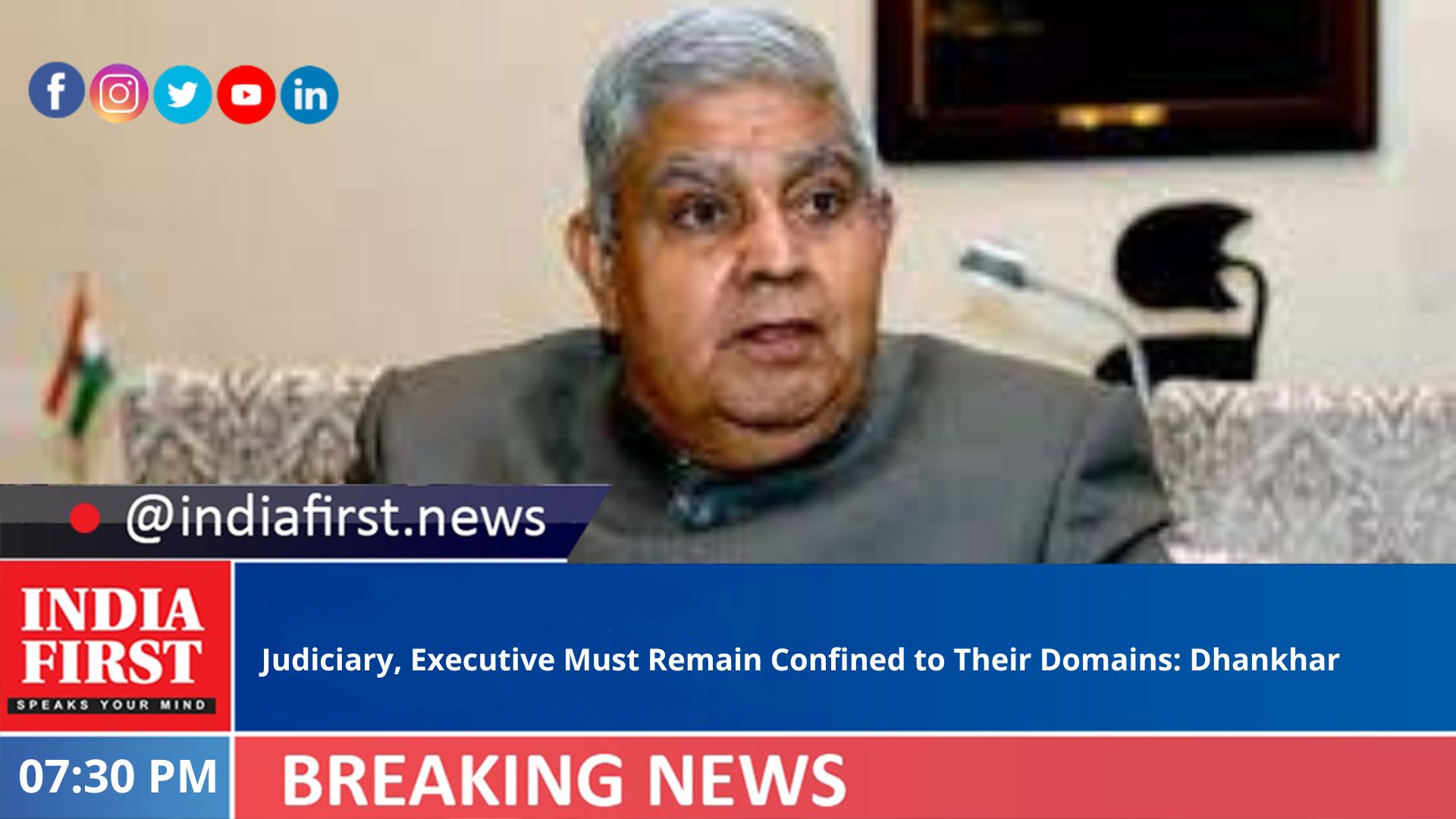 Vice President Jagdeep Dhankhar on Wednesday reiterated that the power of Parliament to amend the constitution and deal with legislation is not subject to any other authority and all constitutional institutions — the judiciary, the executive and the legislature — are required to confine to their respective domains and conform to the highest standard of propriety and decorum.

He was addressing the 83rd All India Presiding Officers’ Conference at Rajasthan Vidhan Sabha on Wednesday here.

“Power of the Parliament to amend the constitution and deal with legislation is not subject to any other authority. This is life line of democracy,” he said

“Democracy sustains and blossoms when the Legislature, the Judiciary and the Executive act in tandem and togetherness to fructify constitutional goals and realise aspirations of the people. The Judiciary cannot legislate as much as the Legislature cannot script a judicial verdict,” the Vice President added.

“In this capacity we are not stakeholders in politics. The primary concern is optimisation of the contribution of the elected representatives in Parliament and Legislature for welfare of the people.

“People in the executive, legislature and holding senior political positions must take care that high constitutional offices are kept away from their political stance.”

While praising the country, he said that India is a favoured destination for investment, innovation and opportunity in the post- pandemic world and the country has shown resilience and Aatmanirbharta in the wake of Covid. The world is surprised that we provided 230 crore vaccine doses largely free.

He said, “Bharat is on the rise as never before. The world has acclaimed our Covid handling. Some of the recent milestones make us hold our heads high.”

“I am sure as presiding officers you will bestow full attention and take lead in the evolution of the ecosystem where these temples of democracy become centres of excellence for decorum and sublime parliamentary practices. The Members of Parliament and the legislatures exhibit conduct that exemplifies virtuosity and sublimity worth emulating,” Dhankhat said.