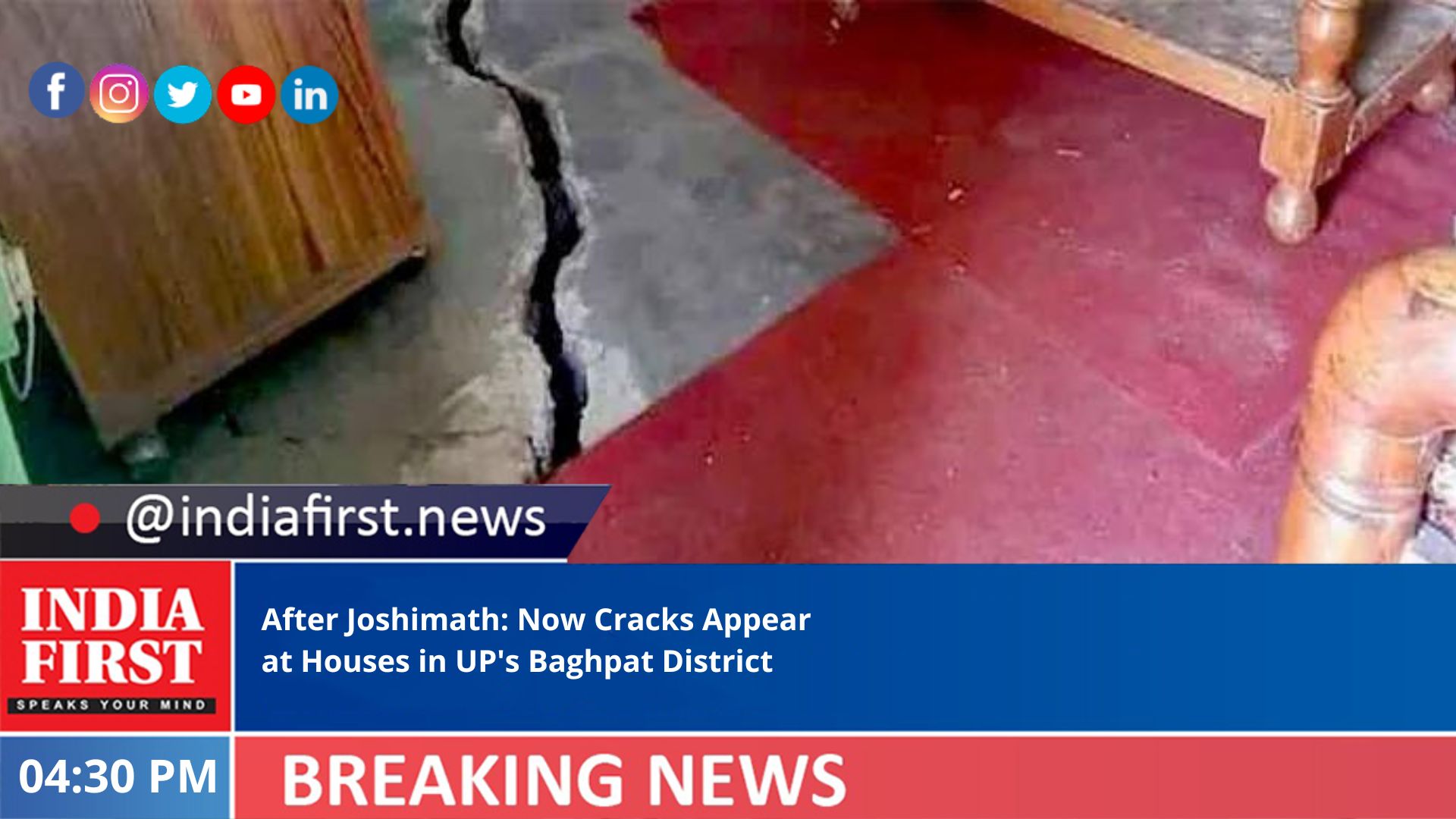 In Uttar Pradesh, after Aligarh, cracks are now appearing in houses in Baghpat.

Giving details, Baghpat Additional District Magistrate (ADM) said the cracks have appeared in four to five houses in the Thakurdwara area of the district.

The official further added that the administration is looking into the matter and will find the cause and solution to the problem soon.

“We have received information that 4-5 houses have developed cracks. SDM has been asked to reach the spot. We will find a solution soon,” the official said.

According to reports, several cracks have also appeared in about 25 houses in the locality, with some much more severe than the others. Locals said it is because of the leakage from the water pipeline after the gas pipeline was laid underground.

It may be recalled that last week, dozen houses in Aligarh’s Kanwari Ganj had developed cracks. The panic-stricken locals blamed the administration for the poor work done while laying pipelines in the area under the Smart City project for the cracks in their houses.