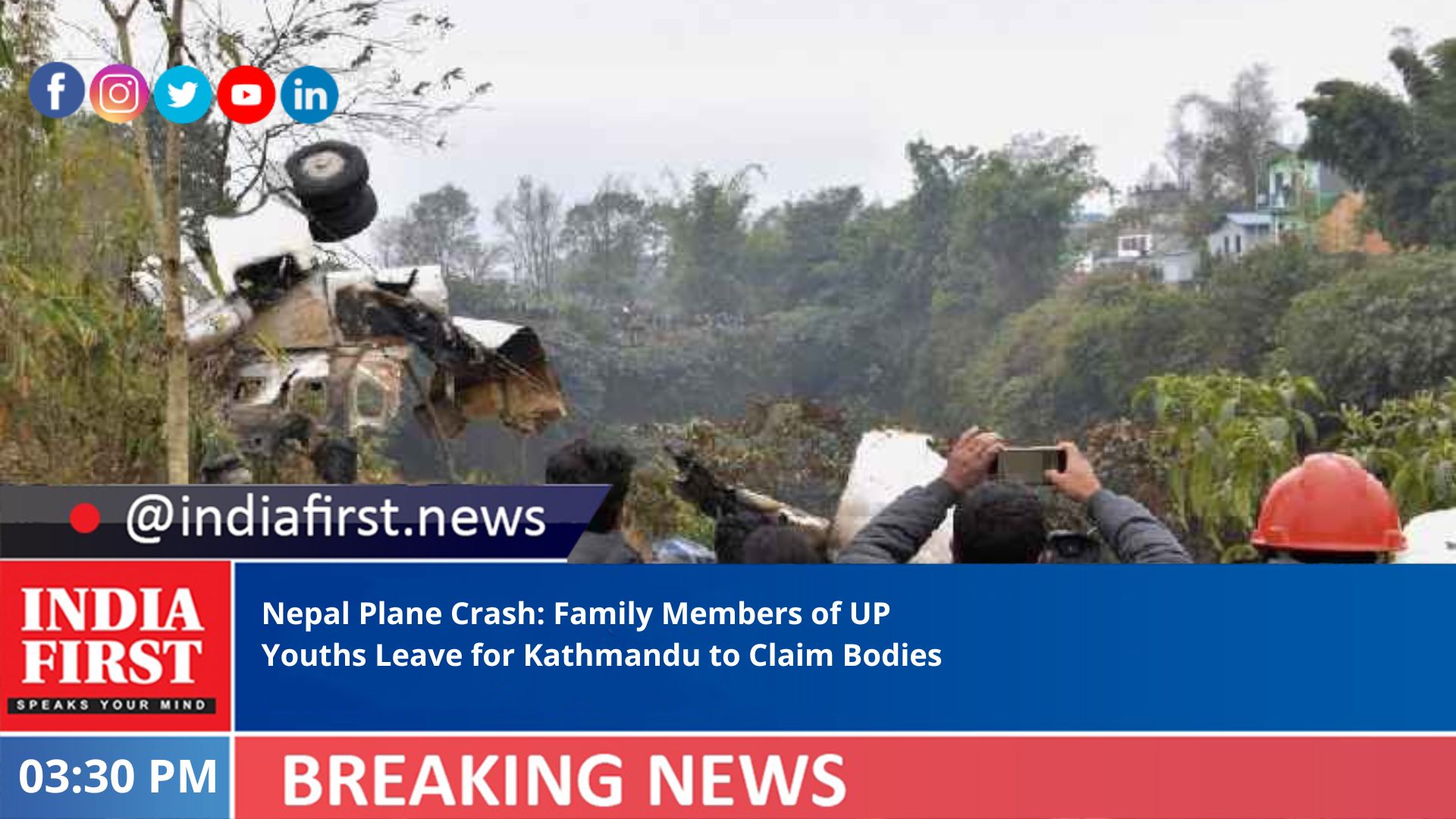 One member each from the families of the four Ghazipur youths killed in Sunday’s plane crash in Nepal’s Pokhara, have left for Kathmandu by road along with a village head and two local government officials to receive bodies.

The bodies will reach Kathmandu from Pokhara on Tuesday, after which the process of ascertaining their identities will begin.

In case physical identification is not possible, DNA sampling will be done and matched with family members.

After the bodies are identified, they will be sent to India by road and are expected to reach on Wednesday or Thursday.

Local residents and some politicians carried out a procession seeking the administration’s help in bringing back the bodies from Nepal and extending financial and other necessary assistance to their families.

They ended their protest after officials assured them about the necessary arrangements to bring the bodies back.

The official further said, “They will reach Kathmandu on Tuesday. First, they will physically identify the bodies. If that is not possible, the DNA samples of the mortal remains and the relatives reaching there would be matched. Thereafter bodies would be handed over to respective family members.”

Divisional commissioner Kaushal Raj Sharma said that ambulances to bring the mortal remains from the Nepal border to the houses of the victims would be arranged by the state government.

“As per communication with officials of the ministry of external affairs, the bodies recovered from the plane crash site are in Pokhara. They were likely to be sent to Kathmandu for formalities, including post-mortem, by Tuesday morning,” he added.

Varanasi Zone ADG Ram Kumar said that as per information, the search operation could not continue in the night and the bodies were still in Pokhara till Monday evening.

District magistrate Ghazipur said that a report on the condition of the families had been prepared to ensure financial assistance to them from the Chief Minister Discretionary Fund and Parivarik Labh Yojana.

The four youths were going to Pokhara from Kathmandu after offering prayer at Pashupatinath temple on Sunday in Nepal’s ill-fated Yeti Airline flight.