Air India ‘Pee-Gate’: Key Witness Says Mishra Was So Drunk That He Went to The Next Row And Urinated On Elderly Complainant - India First e Newspaper Skip to navigation Skip to content 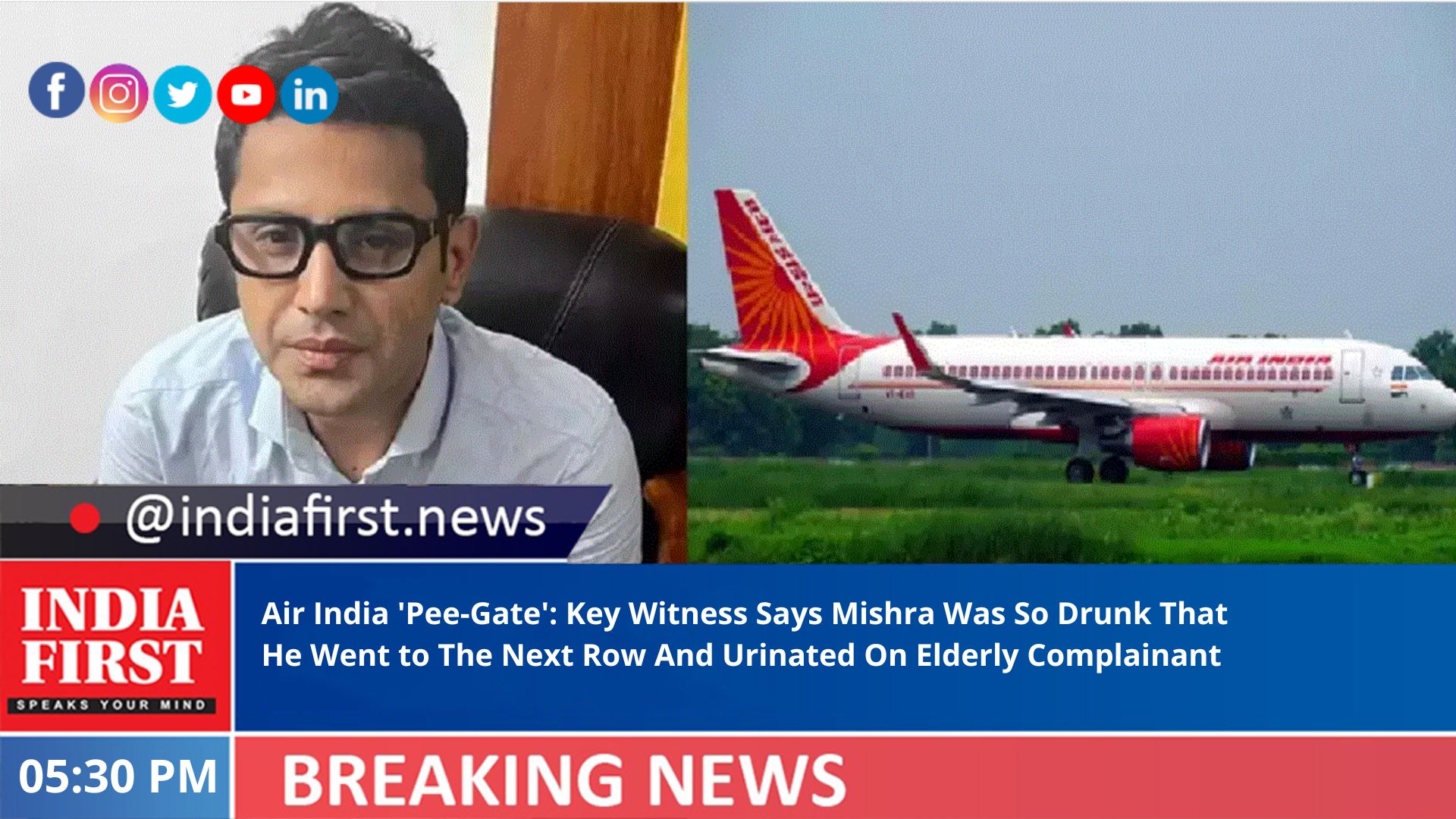 It has now emerged that Dr Sugata Bhattacharjee, the key witness in Air India urination scandal, had on November 26, 2022, itself made a written complaint to the crew and airline regarding the incident, calling it “a poor judgement by the Captain”.

In a hand written complaint, Bhattacharjee narrated the events and concluded that “this is a poor judgement call by the Captain”.

He added that “I am personally bothered by the fact that Capt waited close to two hours before allotting her a fresh seat. The non-pilot crew went above and beyond their call of duty”.

Bhattacharjee said that he was in seat 8A and was woken up when co-passenger Shankar Mishra who was seat 8C fell on him.

“When the lady of 9A came to the gally area I saw she was all wet and we were shocked to realise that my co-passenger was so intoxicated that he went to next row and urinated on her,” Bhattacharjee said in the complaint.

“I was there the whole time when the two air-hostesses diligently helped her clean up, clean her clothes and sanitise her belongings and seat,” the complaint said.

The complaint by Bhattacharjee has not come in the open since now and if it was reported and sent on November 26, 2022, then there are possibilities that the incident was sought to be hushed up.

As per earlier reports, the Air India crew members’ four-page report states that there might be potential instigation by co-passenger S Bhattacharjee, who was seated on 8A, in front of the elderly woman (on 9A), and next to Shankar Mishra, the accused person, who was on 8C.

Crew members’ report stated that the complainant may have been instigated by a co-passenger and that her subsequent behaviour cast a doubt about her intent and integrity as Bhattacharjee had requested an upgrade to first class on boarding, but was turned down, according to media reports.

The crew members have stated that she came to the galley and said that she required cleaning as a co-passenger had urinated on her and her clothes were wet.

She was provided with a towel, slipper, socks, antiseptic (Savlon) and even nightwear was also given by the airline.