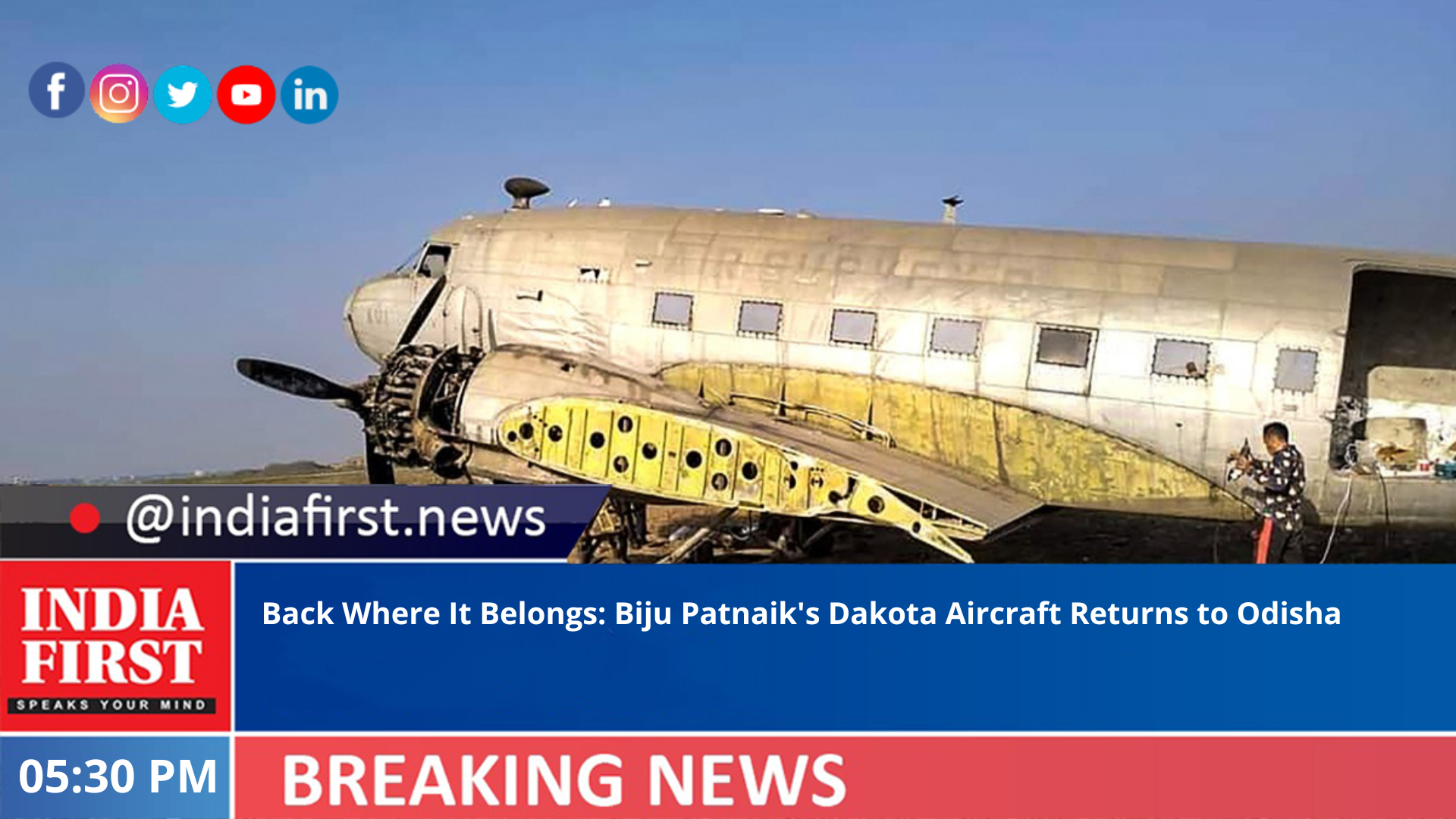 The iconic Dakota aircraft, used by former Odisha Chief Minister and legendary leader Biju Patnaik, was brought to Odisha for display at the Bhubaneswar airport.

With police escort, the three long-wheel lorries carrying the dismantled parts of the plane reached Bhubaneswar city on Wednesday evening.

The dismantled Dakota (DC-3) VT-AUI aircraft will be reassembled and then positioned at a designated place at the Biju Patnaik International Airport here, officials said.

“The historic Dakota aircraft used by former Chief Minister of Odisha Biju Patnaik, which was stationed at #KolkataAirport, has been handed over to the Government of Odisha today. It will be displayed at Bhubaneswar Airport,” Kolkata Airport said in a tweet.

This aircraft is a part of Kalinga Airlines, which was founded by Biju Patnaik. The Airlines was having a dozen aircraft, including Dakotas, at its headquarters in Kolkata.

According to historian Anil Dhir, the highest 14 planes were there in Kalinga Airlines, of which nine were crashed while one is in Indonesia, another brought to Odisha. There is no information available of the remaining three aircrafts of the Kalinga Airlines, he said.

Patnaik had used a Dakota aircraft to rescue the then Indonesian Prime Minister Sutan Sjahrir in April 1947, Dhar said.

The aircraft was lying neglected as a piece of scrap in an abandoned corner of Netaji Subhas Bose International Airport, Kolkata for decades. The aircraft weighed over 8 tonnes and was around 64 feet 8 inches long.

The state government has engaged a specialised team to reassemble the dismantled parts after the vehicles carrying them arrive at the airport in Bhubaneswar. The Airports Authority of India (AAI) has allotted 1.1 acres of land for this purpose at the airport.

The vintage Dakota aircraft reached temple city during the Men’s Hockey World Cup. It is a significant achievement for the state to showcase to visitors, especially foreigners.