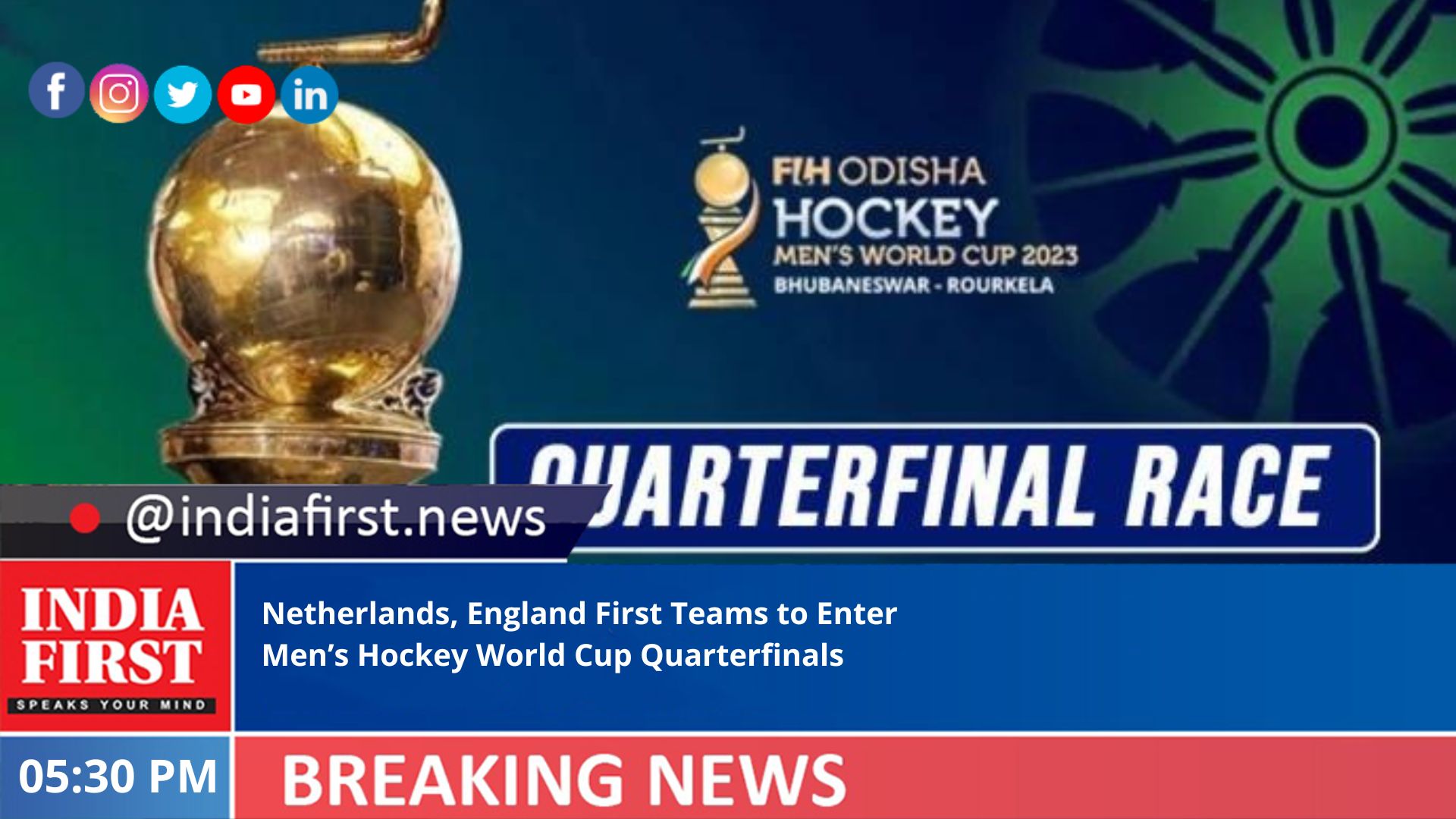 The Netherlands thrashed Chile 14-0 for the biggest margin of victory in the Men’s Hockey World Cup while England edged past India on a better goal difference as they became the first two teams to seal a direct berth in the quarterfinals, here on Thursday.

Malaysia defeated New Zealand 3-2 in Pool C while India struggled to beat Wales 4-2 in Pool D in the other two matches on Day 6 at the FIH Odisha Hockey Men’s World Cup.

That signalled the conclusion of the group stage action in Pool C and Pool D, as Netherlands and England topped their groups, booking their quarterfinals spots, while Malaysia, New Zealand, India and Spain now move on to the Crossover stage.

The day belonged to the Netherlands and England as they sealed their spots in the last eight, the Dutch doing so with a record-breaking win against minnow Chile.

Malaysia and New Zealand played the first game with Malaysia needing a win to overtake New Zealand for the second spot in the group, while New Zealand just needed a draw to stay ahead of Malaysia on goal difference.

What unfolded was an enthralling contest with Malaysia grabbing the first two goals of the game, but the Kiwis responded with two quickfire goals in the 4th quarter to level the scores. Malaysia had the last laugh however, scoring with 2 minutes left on the clock to seal the win and grab the second spot in Pool C, with New Zealand finishing third.

Having defeated Malaysia and New Zealand in their previous matches, the Netherlands rode on a hat-trick of goals by drag-flicker Jip Janssen, who scored four goals in all, and Thierry Brinkman and a brace of goals by Bijen Koen to secure the biggest win of the tournament so far.

Janssen opened the scoring in the 6th minute off their first penalty corner and then added goals in the 29th minute, 34th min and 44th minutes as the Dutch scored at will against Chile, who were totally outclassed and overwhelmed by their opponents.

Brinkman scored his first goal in the 25th minute and added two more in the 33rd and 5th min, off a penalty corner, to complete his triple. Bijen struck in the 40th and 45th minute as the Netherlands completely dominated the match.

The Dutch virtually parked themselves in Chile’s half of the turf and earned 17 penalty corners in all, of which they converted six.

Jip Janssen, who was awarded player of the match, said,”I didn’t know we had broken the world record, so that is good to know. It was a great team performance overall and in terms of penalty corners it’s good to get the rhythm going and not just for me but for the injectors and stoppers as well.”

In Pool D, Spain and England went up in game 3 of the day with all 4 spots in the group undecided. Spain started the game brightly but failed to find their scoring touch, while England made the best of their opportunities, scoring twice before the half.

The second half followed a similar pattern, as Spain’s scoring touch completely deserted them, while the English defence withstood all the pressure and launched counter-attacks that helped add 2 more goals in the second half for an emphatic 4-0 win.

Roper, the scorer of England’s first goal, was adjudged the player of the match and said: “I think going through the entire pool stage without conceding a goal shows how good our defence is. We are a really hungry bunch and that makes the difference and allows us to play freely and contend in big games like this.”

India needed to beat Wales by eight goals to topple England on goal difference and take the top spot in Pool D. But they could manage only a 4-2 win and thus not only failed to grab a direct berth in the quarterfinal but also failed to keep a clean sheet in their third match after keeping stronger teams Spain and England at bay.