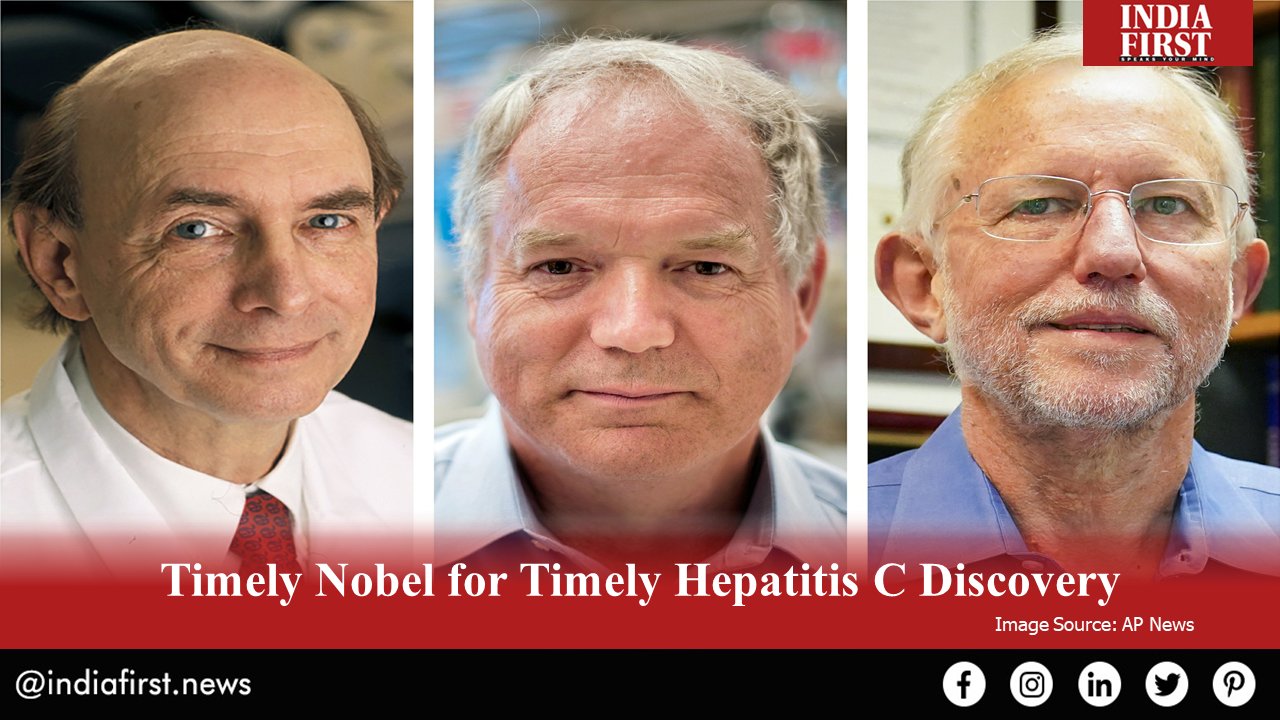 In a post-coronavirus world, the importance of studies on potentially pathogenic viruses which are yet to be discovered or researched cannot be stressed enough. At a time when the coronavirus is believed to have existed well before 2019 and the outbreak managed to take the world by surprise despite a scientific prediction for the same, the Nobel Committee’s decision to reward the scientists who discovered the hepatitis C virus with the 2020 Nobel Prize in Physiology or Medicine is both emphatic and significant.

The Nobel was jointly awarded to Dr Harvey J. Alter, Michael Houghton and Charles M. Rice early this month. In a statement released with the announcement of the winners, the Nobel Committee hailed their discovery for widening the paths of research for possible diagnostic tests and medicines for hepatitis C infections, which in turn helped save millions of lives.

The hepatitis C virus has infected nearly 71 million people around the world who struggle with a chronic form of hepatitis every day. While hepatitis is not a new disease and different strains of the virus exist in nature, the hepatitis C virus was an elusive one which was not discovered despite years of research by various scientists.

Hepatitis A as well as B were discovered a long time ago and were linked to many forms of hepatitis infections, but there were some cases of the infection which could neither be linked to the short-lived hepatitis A nor the chronic hepatitis B infection, hinting at the existence of a third strain that was yet to be discovered.

Alter, along with other scientists, discovered that many post-transfusion hepatitis cases were neither categorized under hepatitis A nor hepatitis B. Thus, Alter laid the foundation of the research to discover the hepatitis C virus in the 1970s.  In the 1980s, Houghton was the first to identify the hepatitis C virus and name it formally which led to the diagnostic development of hepatitis C tests and helped doctors screen patients for a previously unknown virus.

While the curiosity and initial research for hepatitis C was done by Alter and Houghton, Rice was responsible for shedding light on the genetic composition of the virus and form laboratory techniques that could isolate the virus in laboratory conditions and detected the chimpanzee, man’s nearest primate relative, as a possible host for the virus. This not only cemented the existence of the virus but also cleared roadblocks and provided tools for future biologists and medicine researchers to study the infection cycle and the lifecycle of the virus as well as helping researchers formulate new drugs and test them before using them for a cure.

The hepatitis family of virus infects millions of people every year and can have a seriously damaging effect on the liver which can be fatal for humans. Keeping this in mind, the discovery of the virus and research on its nature and behaviour by the three scientists is a revolutionary finding in the field of medicine that deserves to be rewarded.