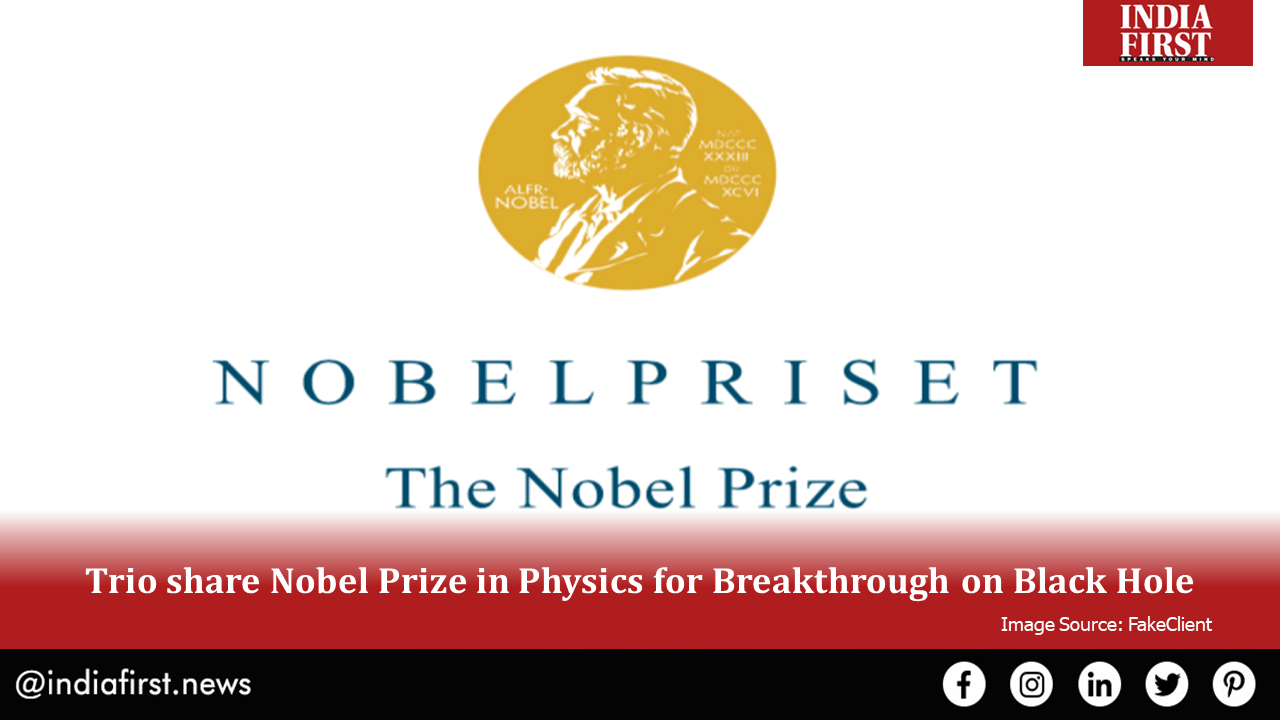 Keeping up with its tradition of rewarding brilliant scientists for outstanding contribution to their fields, the Royal Swedish Academy of Sciences has awarded the prestigious Nobel Prize for Physics 2020 to Roger Penrose of Britain, Reinhard Genzel of Germany and Andrea Ghez of the US. The Nobel Prize has been awarded to the three for their groundbreaking research on black holes. The Nobel Committee hailed their research for aiding the understanding of black holes, one of the most enigmatic phenomena of the universe, while issuing a statement earlier this month announcing the list of winners in the Physics category.

The black hole has been a topic of research since John Michell and Pierre-Simon Laplace formulated a theory that talked about very dense stars that could be too dense to let light escape from them. In 1916, after Einstein published his theory of relativity, there were speculations that there is a point of no return for objects in the universe which does not let even light escape. The theory was ridiculed and rejected until 1930 when first calculations for the gravitational collapse of a star were done by physicists.

The picture of black holes became clear when quasars, the first observational evidence of the existence of black holes, were found. While research on black holes has always been on, they have remained as one of the most poorly understood entities in the universe.

That is why the research carried out by Penrose, Genzel and Ghez is important and noteworthy. Penrose, 89, has been awarded the Nobel for connecting the dots between Einstein’s theory of relativity and showing that black holes are in existence according to the postulates of Einstein’s relativity theory. This is an irony as Einstein himself never believed that black holes exist, much less for their presence to be justified by his theory of relativity. Penrose used mathematical modelling to explain the possibility and existence of black holes in space back in 1965.

Genzel and Ghez, on the other hand, won the Nobel Prize for the discovery of an invisible centre – the size of a solar system – of the Milky Way which is extremely heavy and also determines all the stars’ orbit in the galaxy. Their theory gives a firmer shape to the theories, surmised by scientists over the past many years, that a black hole can be at the centre of our galaxy. What can a possible supermassive invisible object be if not a supermassive black hole?

The two physicists have observed the Milky Way galaxy closely to predict that the spiraling shape of the Milky Way Galaxy is also because of the blackhole at the center of the galaxy that pulls millions of stars by its gravitational pull and makes them revolve around the centre at varying speeds.

The three physicists have made various breakthroughs relating to black holes in the field of physics, and that is going to be the foundation of further research in the field. For their pioneering work involving the visualization of a black hole and its presence around us, the trio rightfully deserve the Nobel Prize.