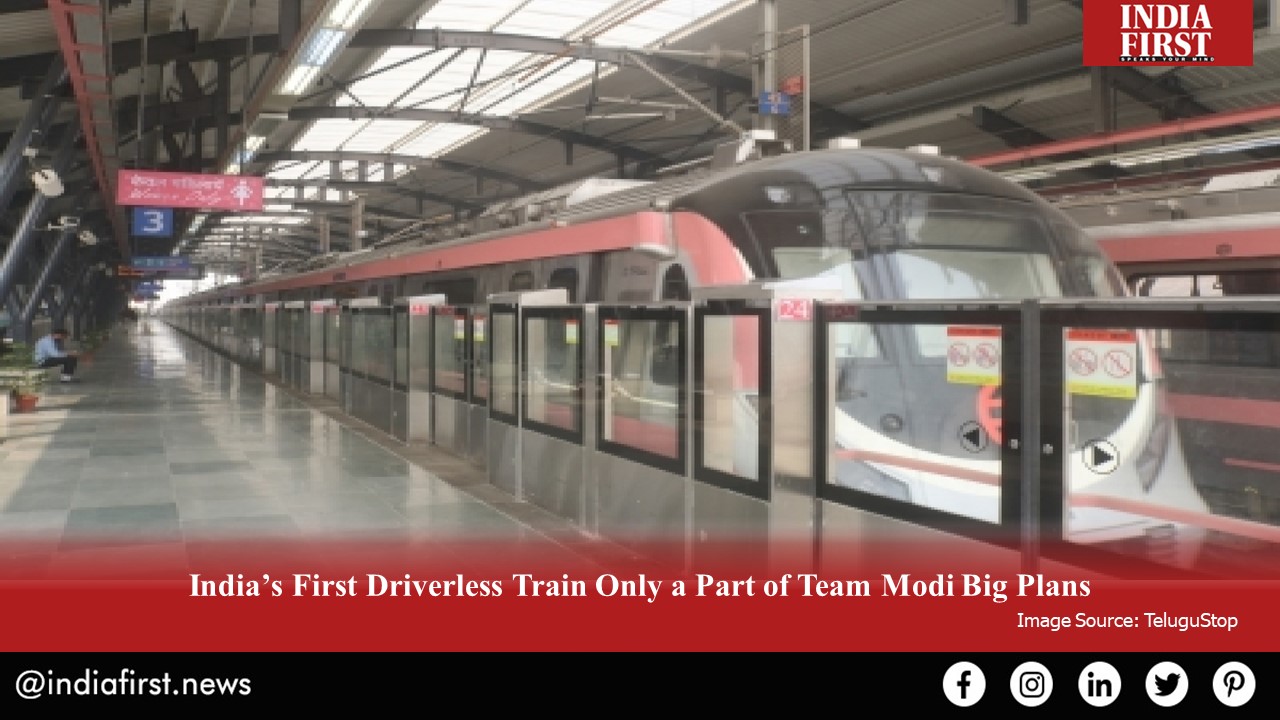 Even though the train was launched on December 28, its trial runs were under way since December 2017, running on the Pink Line of Delhi Metro. The driverless train is equipped with Unattended Train Operations and Communication Based Train Control signalling systems, which allow it to be run without a human driver. The train will run on a fully automated system, decreasing the dependence of metro trains on human drivers and reducing room for human error in metro train operation. Even though the automated train is going to be functional on the Magenta Line, the driverless train service will be extended to the Pink Line by mid-2021. Once the service is extended to the Pink Line, it will connect Majlis Park and Shiv Vihar.

Addressing a virtual function organised to mark the inauguration of the train, PM Narendra Modi said the inauguration of India’s first driverless metro train points to the country’s evolving mindset for new technology that adapts to smart systems and automation easily. Throwing light on his party’s success in introducing metro services in India, the Prime Minister said former BJP Prime Minister Atal Bihari Vajpayee started Metro services in New Delhi. Prime Minister Modi pointed out that there were only five Indian cities with Metro services before the BJP came to power in 2014, but now the number has expanded to 18 cities.

As for the future, the Prime Minister said his government is planning to extend Metro services to more than 25 cities over the next five years. He also noted that while the nation had only 248 kilometres of operational Metro lines in 2014, his government has tripled the metro line coverage and plans to expand it to 1700 kilometres by 2025.

Prime Minister Modi thus highlighted his government’s achievements in enhancing the mobility of the nation’s population and making Metro Rail Services accessible to everyone.

The Prime Minister also pointed out that earlier governments did not focus enough on modernisation, but his government sees modern thinking and urbanisation as an opportunity to introduce better infrastructure in the country and increase the ease of living for the people.

His words ring true. With the new driverless train, the Delhi Metro Rail Corporation has joined the elite league of metros worldwide that have driverless automated trains.