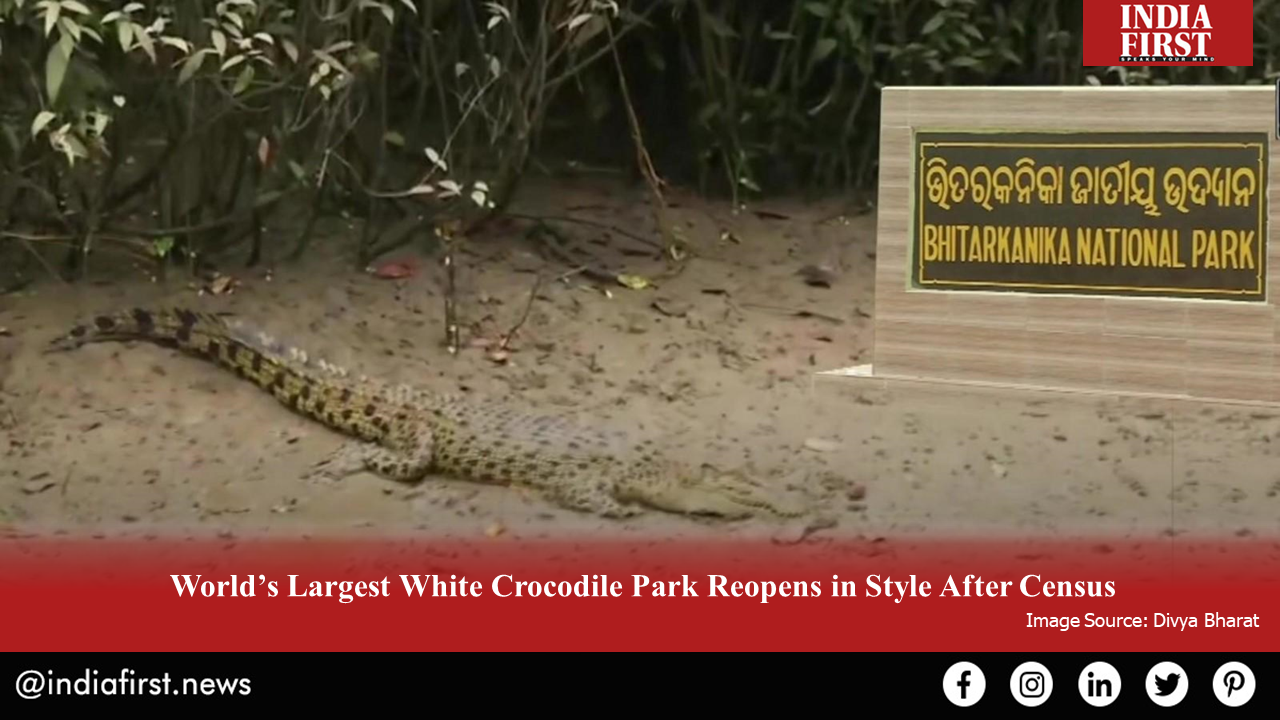 A living proof of Odisha’s contribution to India’s biodiversity, the Bhitarkanika National Park is the second largest mangrove forest system of the country, only second to the Sundarbans in neighbouring West Bengal.

The Bhitarkanika ecosystem is based in an estuarine environment close to the Bay of Bengal. With the sea so nearby, Bhitarkanika has a rare mangrove soil, which is rich with salts and supports the growth of dense mangrove forests and wildlife that is only found in the dynamic ecosystem of intertidal regions.

A treasure trove of avian and aquatic life, the ecosystem of the Bhitarkanika National Park is a conserved environment where many endangered species of wildlife and flora are found thriving. The saltwater estuarine crocodiles are the main tourist attractions of the region and are often spotted inside the waters of the Brahmani Baitarani estuary or sunbathing on the banks of the estuary. With the Gahirmatha beach on its eastern boundary, the national park is also a sanctuary for Olive Ridley sea turtles that visit the beach every year to lay their eggs in the natural environment needed for their incubation.

With a diverse and dynamic ecosystem made of rivers, creeks, wetlands, marshes, and backwaters, the national park, established on 145 sq km, is teeming with biodiversity. Such is the biodiversity of the region that the national park is world’s largest white crocodile park and is famous for the number of albino crocodiles it protects in its cover of wilderness.

In our national parks, the biodiversity is not just conserved but also given a chance to grow and stabilise their numbers. As more often than usual, the species found in these marked sanctuaries are rare endangered species, any significant growth is encouraged and seen as a sign of a healthy environment. To keep a track of the numbers of different species that are found in the national park, every year, a census is done. According to the 2019 census, there was a positive trend seen in the crocodiles seen in the area, with the number increasing from 1698 to 1742 during the 2018-19 period.  Bhitarkanika has been successful in protecting the rare species found in the area with a gradual increase in the number of crocodiles, including the white albino kind, seen over the last 20 years. In 2019, the number was found to be 12.

The census of crocodiles in the Bhitarkanika National Park is undertaken by the authorities through a joint effort of locals, forest guards and environmentalists who are deeply involved in the conservation of flora and fauna of the region. Locals are trained every year to take the count of these rare reptiles.

This year, too, the national park was closed from January 15 to January 23 and the census of the resident estuarine crocodiles was conducted by 22 teams. After the census was completed without any major human interference, the part was opened for the public from January 24. On the first day of its reopening, the park recorded record footfall of tourists.