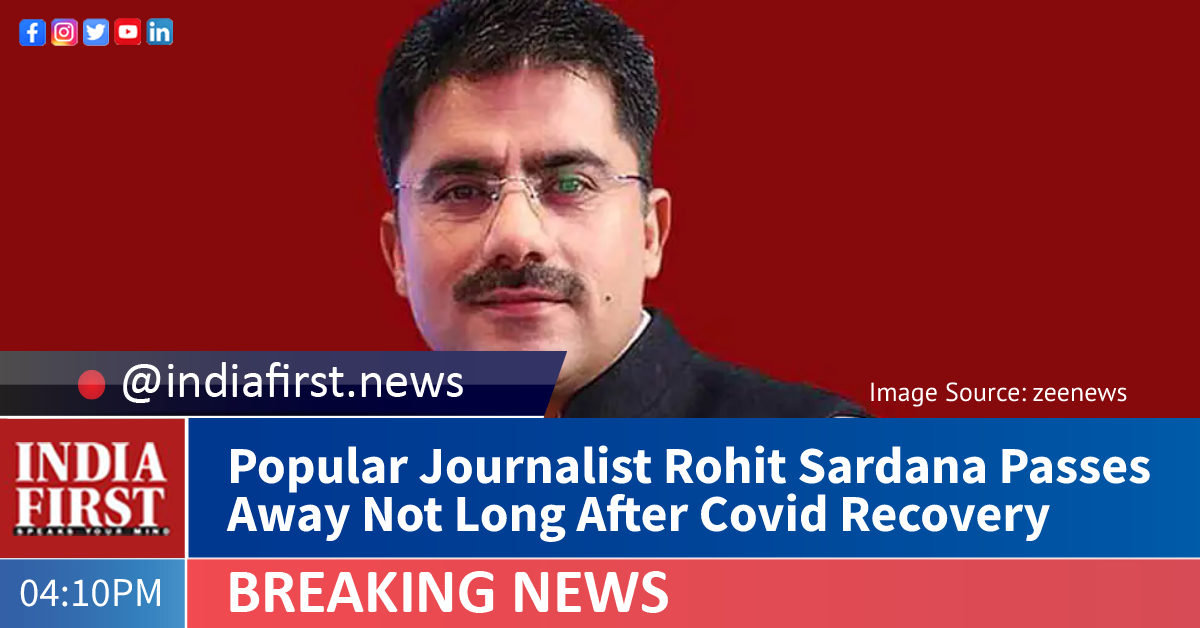 Rohit Sardana, senior journalist and one of the top anchors of Hindi news channel Aaj Tak passed away today, according to people close to him.

Sardana had joined Aaj Tak in 2017 after he left Zee News. He hosted the debate show “Dangal” on Aaj Tak.

Sardana was a recipient of the 2018 Ganesh Vidyarthi Puraskar Award. He was among the most popular faces of TV news journalism in India.

After the news of the death of Sardana, condolences started pouring in.

Congress spokesperson Randeep Singh Surjewala in a tweet said, “Deeply saddened and shocked to hear about the demise of Aaj Tak journalist Rohit Sardana. It’s simply unbelievable. Rohit had recovered from Covid-19 and was back at work. My heartfelt condolences to the family members and Aaj Tak group.”

Congress spokesperson Jaiveer Shergill also took to Twitter and wrote, “Completely shocked on hearing the news about passing away of my dear friend Rohit Sardana – spoke to him last Sunday and he was in great spirits!! Still can’t come to terms with this – will forever cherish our after-debate conversations, rest in peace ‘bhaji’.”