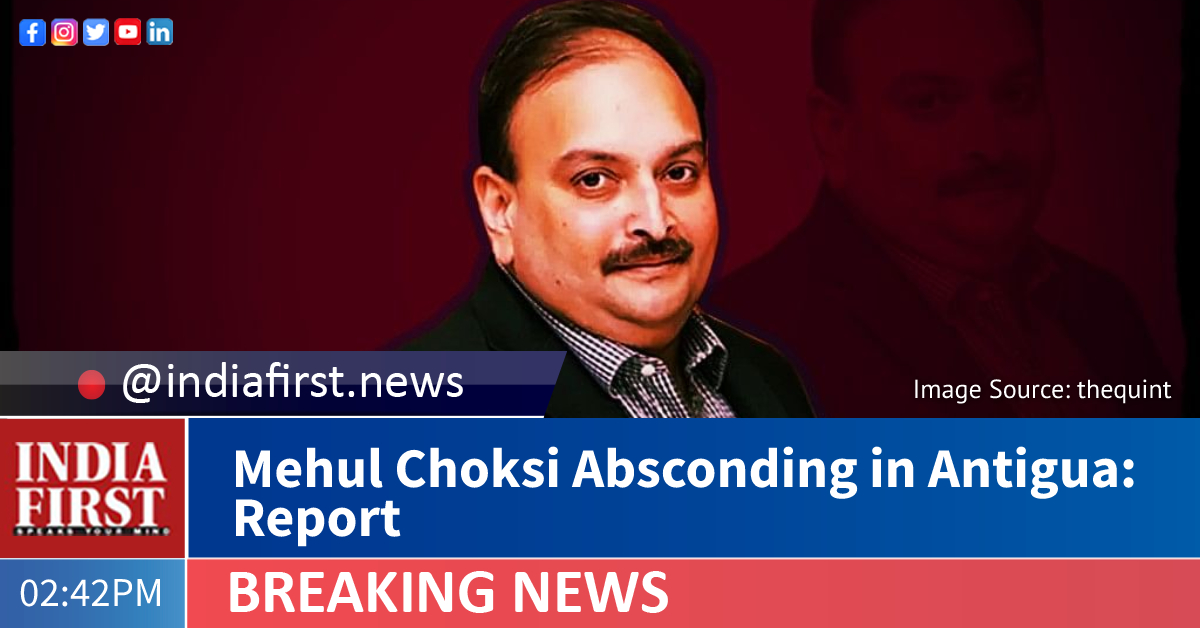 Fugitive diamond merchant Mehul Choksi, who is wanted by the CBI and the ED in connection with the Punjab National Bank fraud case, has reportedly gone missing in Antigua and Barbuda, media reports said.

The Commissioner of the Royal Police Force of Antigua and Barbuda, Atlee Rodney, said the force is currently following up on the whereabouts of the Indian businessman who is rumoured to be missing at this time, local media antiguanewsroom.com reported.

Choksi, an accused in the over Rs 13,500 crore Punjab National Bank (PNB) fraud case along with his nephew Nirav Modi, has been residing in Antigua and Barbuda since January 4, 2018.

He obtained his citizenship for Antigua and Barbuda via the citizenship by investment programme.