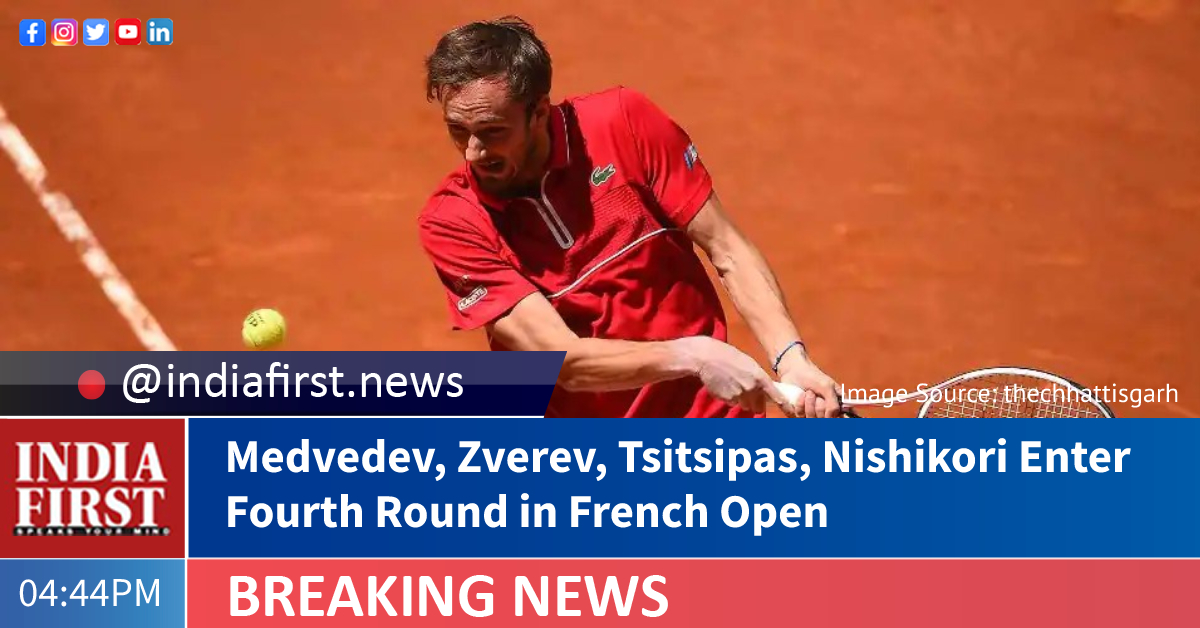 Tsitsipas, a semi-finalist last year, won the match against Isner in two hours and 38 minutes.

Earlier, Russian world No.2 Daniil Medvedev continued to push for the world No.1 ranking with another commanding performance as he defeated world No.35 Reilly Opelka of the USA 6-4, 6-2, 6-4 to enter the French Open pre-quarter-finals yesterday.

If Medvedev makes it to the final at Roland Garros and current world No.1 Serb Novak Djokovic does not, the Russian will be the new world No.1.

Medvedev, who has never won at Roland Garros in his four previous visits to Paris, was in imperious form, hitting 28 winners and committing just 16 unforced errors to set up a pre-quarterfinal clash against 22nd seed, clay-court specialist Cristian Garin of Chile.

Sixth seed Alexander Zverev also made it to the pre-quarterfinals with a 6-2, 7-5, 6-2 victory over Laslo Djere of Serbia.

The German star will take on world No.49 Kei Nishikori of Japan, who made it to the pre-quarterfinals after qualifier Henri Laaksonen of Switzerland was forced to retire due to a thigh injury while trailing 5-7 in the first set.

This is the seventh time Nishikori, who reached a career-high ranking of No. 4 in 2015, has entered the fourth round in Paris.

In a rain-interrupted match, Delbonis capitalised on his solid first serve to record a 6-4, 6-1, 6-3 win over Fognini in two hours and six minutes.

Fokina, who had also reached the 2020 US Open fourth round, saved four break points in the final game to close out one of the biggest wins of his career after a contest lasting four hours and 35 minutes.

Earlier, Zverev, 24, saved three set points at 4-5 in the second set and then won nine of the next 11 games to get past Djere. Zverev struck 31 winners and converted seven of 10 breakpoints for victory.