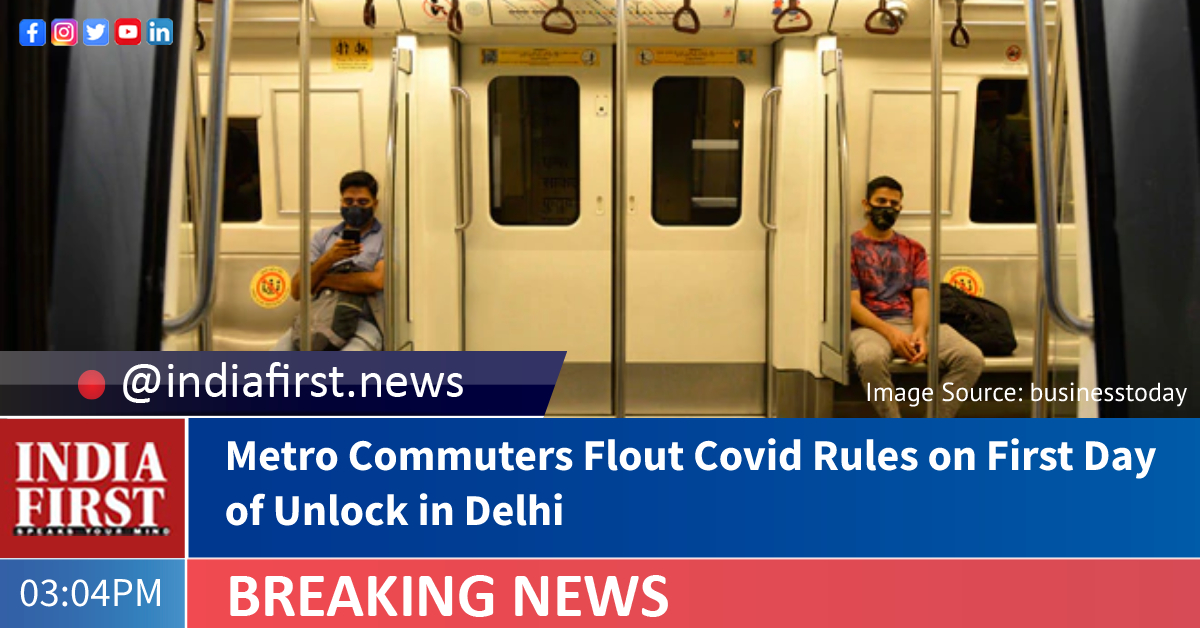 On the very first day Delhi Metro rail services resumed its operations after nearly a month of complete suspension due to the raging second wave of Covid -19 pandemic, commuters today were seen breaking norms put in place.

During metro rides from East Delhi’s Nirman Vihar metro station to Rajiv Chowk (in the blue line), and from Rajiv Chowk to INA Market (yellow line), despite regular announcements at metro stations that standing passengers were now allowed, rules were not followed.

The government on June 5 announced that no passenger will be allowed to stand in metro coaches, however, many were seen breaking it today.

Delhi has been under strict lockdown due to unprecedented surge in Covid cases since April 19. While, the metro services were completely suspended on May 10.

In the process for the second consecutive week, after permitting for construction and manufacturing/ factories since May 31, DDMA in its order issued on June 5 has allowed to open markets and malls in Delhi on alternate day (odd-even basis), which will be decided on the basis of shop’s number.

Apart from all these, Government and private offices will also reopen and to ensure Covid appropriate behaviour, Delhi police personnel have been deployed outside metro stations.

Umed Singh, a police official deployed at Connaught Place, said: “We have been directed to ensure that people do not assemble at one place and follow Covid guidelines. We have to make video of public movement.”