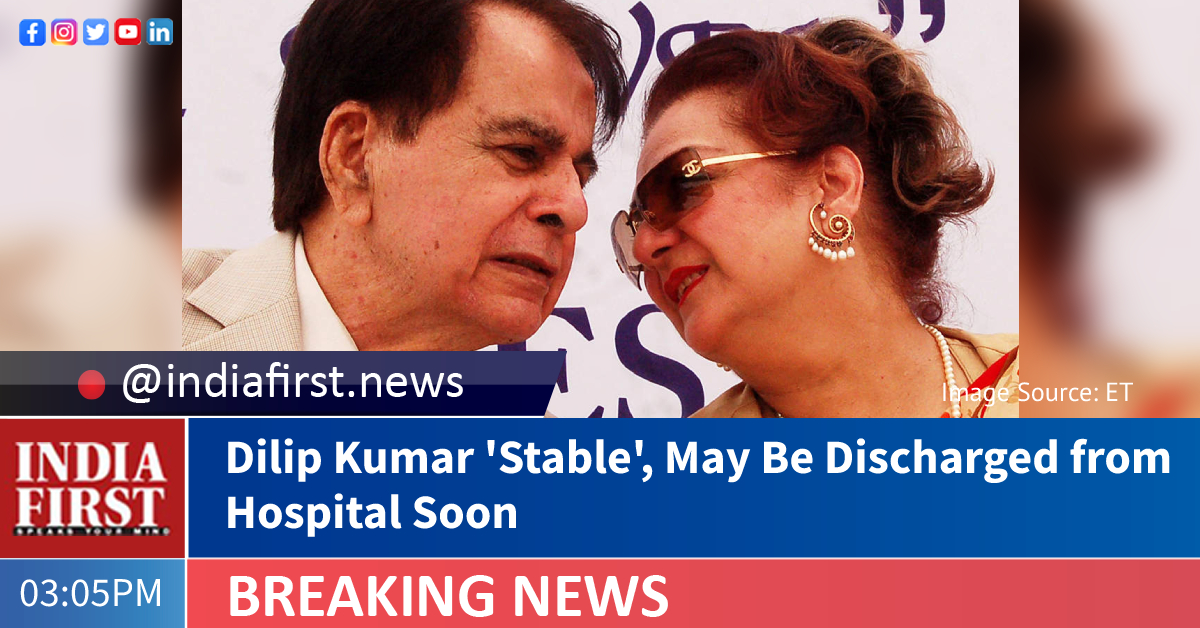 The condition of Bollywood legend Dilip Kumar, who was admitted to Hinduja Hospital in Mumbai yesterday morning, is stable.

A post on his official Twitter page stated the veteran actor should be home in two to three days.

“Don’t believe in WhatsApp forwards. Saab is stable. Thank you for your heart-felt duas and prayers. As per doctors, he should be home in 2-3 days. Insh’Allah,” says a tweet, on @TheDilipKumar.

The actor has been put on oxygen support after he complained of breathlessness.

An earlier tweet on his official Twitter handle yesterday had stated: “Dilip Sahab has been admitted to non-Covid PD Hinduja Hospital Khar for routine tests and investigations. He’s had episodes of breathlessness. A team of healthcare workers led by Dr. Nitin Gokhale is attending to him. Please keep Sahab in your prayers and please stay safe.”

The 98-year-old actor was hospitalised last month as well. However, he was discharged after two days.