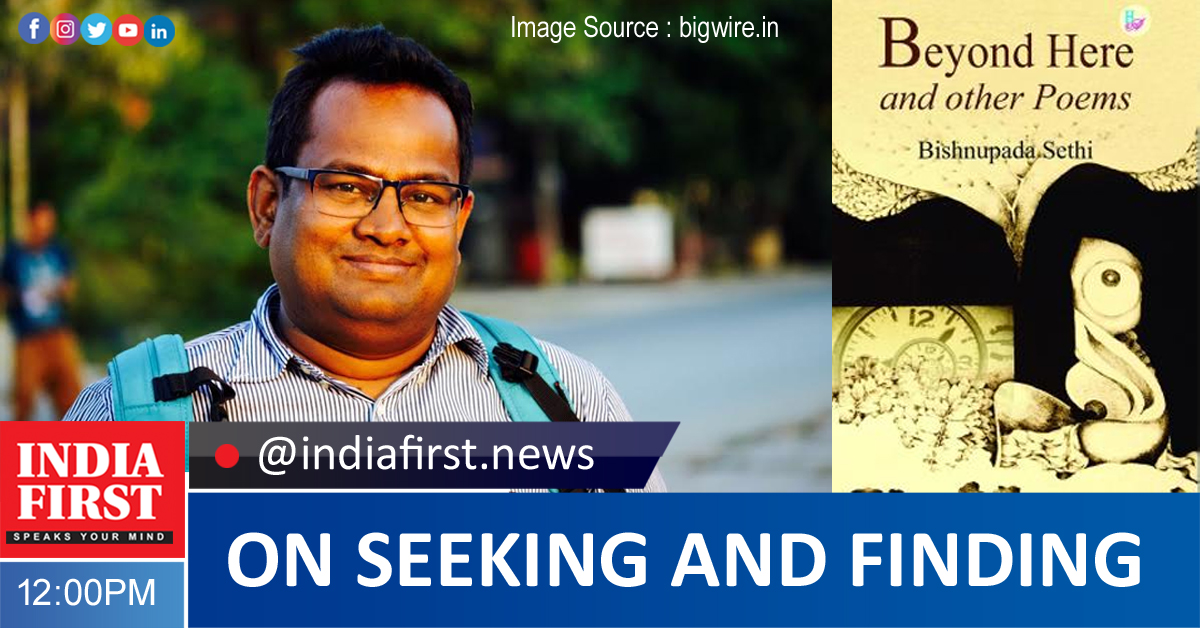 That holds true even today, especially among genuine students of poetry.

They know that when creativity flows from the deepest recesses of the heart and mind – driven by the quest for understanding life and powered by years of keen observation, serious contemplation and informed deduction – it is often at its rawest and finest.

“Beyond Here and other Poems” by Bishnupada Sethi is a shining example of that.

As a whole, the book is all about Sethi’s journey of self-discovery as he curiously explores, marvels at, agonises over, and makes peace with the mysteries of life and death.

The whole may indeed be greater than the sum of its parts in this body of work – but that is to take nothing away from the parts.

Brilliantly simple and composed with rare finesse, every poem in the 122-pager conveys the overarching theme of life and its transience, but through a refreshingly unique lens.

The poet evinces constant awareness about death as the ultimate truth of life – perhaps most impressively so in “Garland in My Cupboard” (Page 42) and From Inside a Room of Life (Pg 41).

At the same time, and with as much conviction, he also projects a contented realisation – arguably most affirmatively in the titular piece (Pg 62) – that death is just one part of a cycle as the soul is ‘eternal’ and forever ‘in a blissful state’.

However, death assumes a rather disturbing presence in the hard-hitting and perfectly timed “Where Are the Children Gone” (Pg 109), in which the poet laments the loss, suffering and hardships that the pandemic has inflicted upon the world.

While there is no dearth of poems in the book touching or dwelling upon a plethora of fears and insecurities – both conscious and sub-conscious – he keeps returning to positive life experiences, be it wonderful childhood memories or heart-warming family moments, while also drawing on his firm belief in the permanence of soul and the beauty of life’s continuity.

The heightened sense of self-awareness and empathy strongly evident in virtually all of Sethi’s poems is at least partly informed by his experience as an Indian Administrative Service (IAS) officer, through which he has seen life and its vagaries from close quarters.

He has not only served in many remote and underdeveloped regions of Odisha, such as the KBK belt and Kandhamal but also earned accolades over the years – from organisations such as the United Nations and National Human Rights Commission – for his sensitive and effective handling of problems faced by the people during troubled times.

Currently, Sethi is Principal Secretary of Revenue and Disaster Management Department, as well as of Odia Language, Literature and Culture Department and Information & Public Relations Department – apart from being a true-blue poet and litterateur, of course.