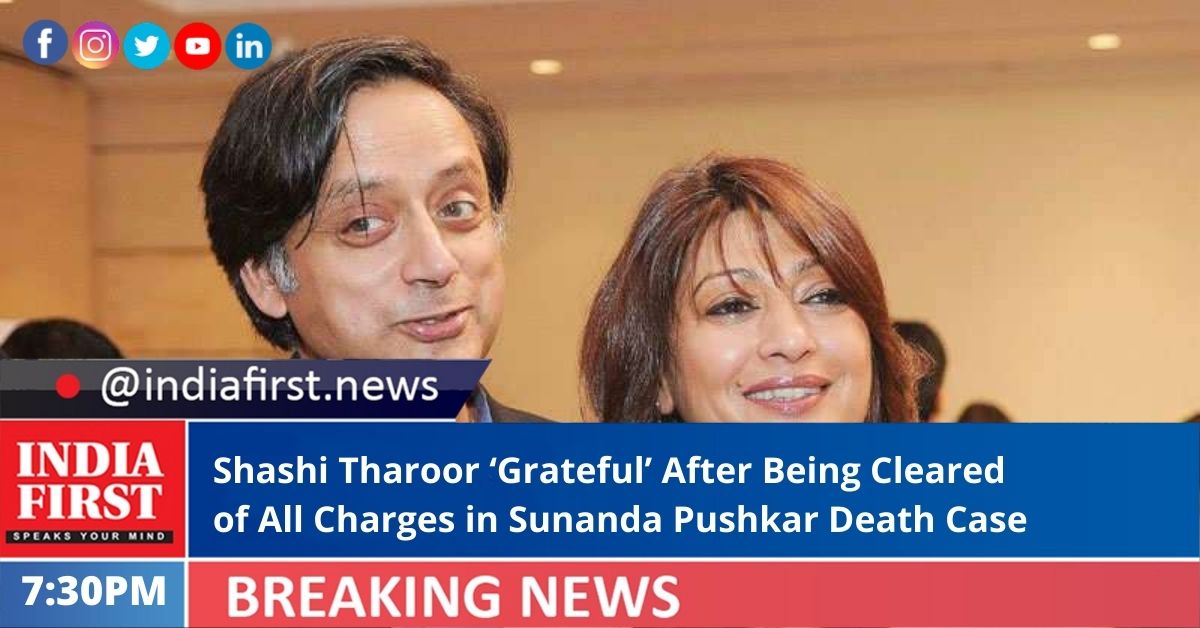 In a big relief for Congress MP Shashi Tharoor, a Delhi court has discharged him in the Sunanda Pushkar death case.

Tharoor, who attended the court proceedings virtually, thanked the court for discharging him of all offences. He said, “It had been seven and half years and it was a torture. I’m so grateful.”

The order in the matter has been deferred several times earlier. On July 27, the prosecution had submitted that it wanted to bring on record and rely upon a recent judgment on the aspect of a “prima facie” case at the time of framing of charges. Goel had directed for the judgment to be placed on record and its copy to be supplied to Tharoor’s counsel. However, the court clarified, “I will not be entertaining any more applications”.

Earlier on April 29, May 19 and June 16, the order was deferred due to the pandemic impacting the judicial work. The order pronouncement was adjourned again on July 2, after the court received an application from the prosecution seeking one week’s time to file written submissions.

Pushkar was found dead on the evening of January 17, 2014. Initially, Delhi police investigated the same as a murder, with an FIR registered under Section 302 (murder) of the Indian Penal Code (IPC), it charged Tharoor under Sections 306 (abetment of suicide) and 498A (cruelty by husband).

Shrivastava had argued that before her death, Pushkar had sustained injuries on her body, and they were reflected in the post mortem report. He submitted 27 tablets of Alprax were found in her room, although it was not clear as to how many pills she had consumed.