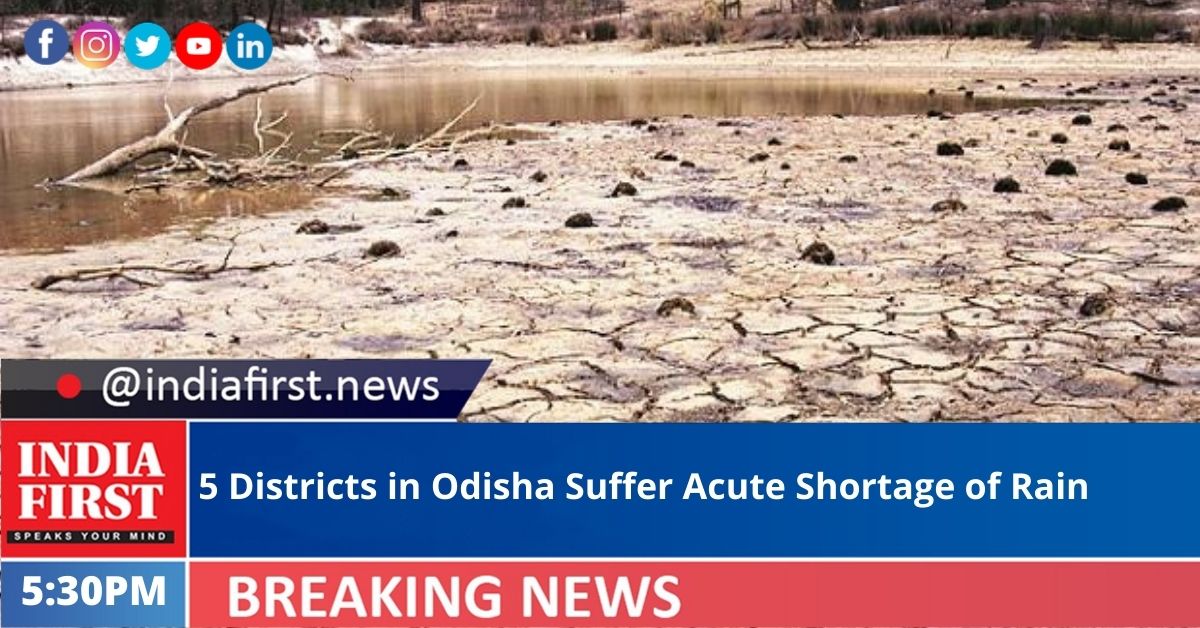 At least five out of Odisha’s 30 districts have recorded severe deficit rainfall so far during this monsoon season, officials said yesterday.

As per a report shared by the office of Special Relief Commissioner, Keonjhar, Boudh, Angul, Jajpur, and Bhadrak district have recorded a severe deficit rainfall (shortfall of 39 to 59 per cent) during June 1 and August 22.

Another 20 districts have witnessed deficit rainfall (shortfall of 19 to 39 per cent) while only five districts received normal downpour during this monsoon season. Not a single district in Odisha recorded surplus rainfall till now, the report said.

The state as a whole, has recorded 29.3 per cent deficit rainfall, receiving 571.7 mm rainfall against the long-term average rainfall of 809 mm.

Moreover, Odisha has recorded deficit rainfall of 16.6 per cent in the month of June 2021, which increased to 21.3 per cent in July and 51.7 per cent in August.

Bhubaneswar Meteorological Centre Director H.R. Biswas said: “The state is witnessing continuous rainfall. However, the amount is less compared to normal one. That is why the negative figures were recorded.”

“One cannot say that there will be no impact of the deficit rainfall on agriculture. Contingency plans needed for the pockets where very less amount of rainfall occurred,” he said.