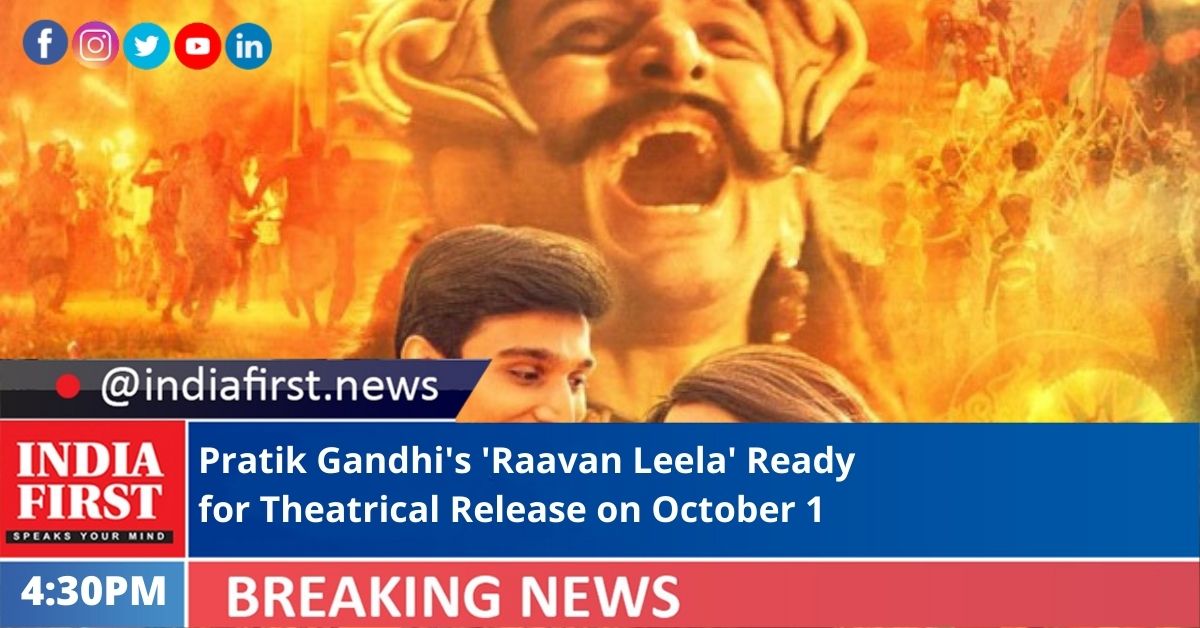 Pratik Gandhis feature film ‘Raavan Leela is all set to release in cinemas on October 1. The actor took to social media to announce the release date of the film along with its poster today.

‘Raavan Leela’ is Pratik Gandhi’s Bollywood debut in the lead role opposite actress Aindrita Ray. Pratik will be seen in the role of Rajaram Joshi in the dramatic entertainer.

Pratik, 41, rose to prominence with his role of Harshad Mehta in the web series ‘Scam 1992’.

‘Raavan Leela’ is helmed by Hardik Gajjar and written by Shreyes Anil Lowlekar.