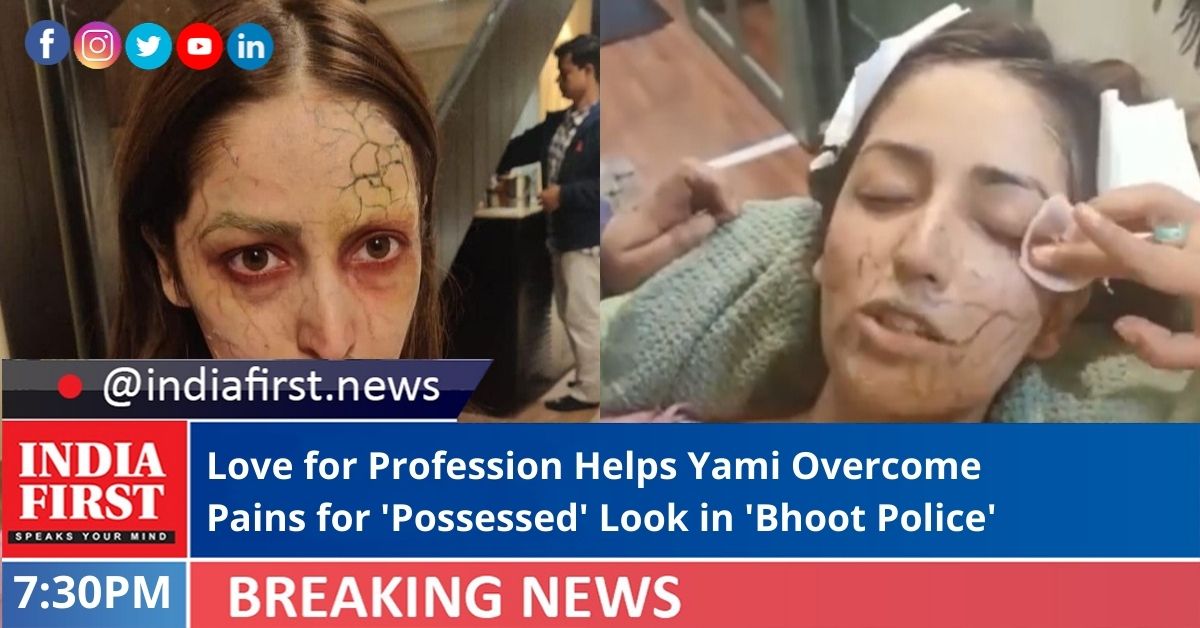 Actress Yami Gautam says it was not easy to play the part where she gets possessed in ‘Bhoot Police’, as it took her three hours to get into the look even as she was shooting bare feet and with cable work, throughout the chilly nights in Himachal Pradesh.

Yami shared some behind-the-camera moments from the movie on Instagram. From getting into the look of a ghost to cable work, Yami offered a glimpse into what all went into acing the look.

“My love for horror films was one of the main reasons that got me excited to play the part in #BhootPolice, where I get ‘possessed’. It wasn’t easy as it took 3 hours for me to get into this look and 45 mins to get out of it, each day, shooting bare feet & with cable work, throughout the chilly nights in Himachal,” she wrote alongside the post.

Yami added: “Despite my neck injury, I wanted to do everything myself, and my Yoga practice helped me to achieve it to a great extent. Although, I wish I could take some professional training but the pandemic restrictions made it impossible at that time.”

The actress, who is married to filmmaker Aditya Dhar, said she did whatever best she could on the set.

“These are a part of the challenges that come along with the profession I love so much! And I will do it again and again! Thank you for giving me so much love again and making the pain seem absolutely worth it!” she concluded.

The actress is now gearing up for the release of ‘Dasvi’, ‘A Thursday’ and ‘Lost’.