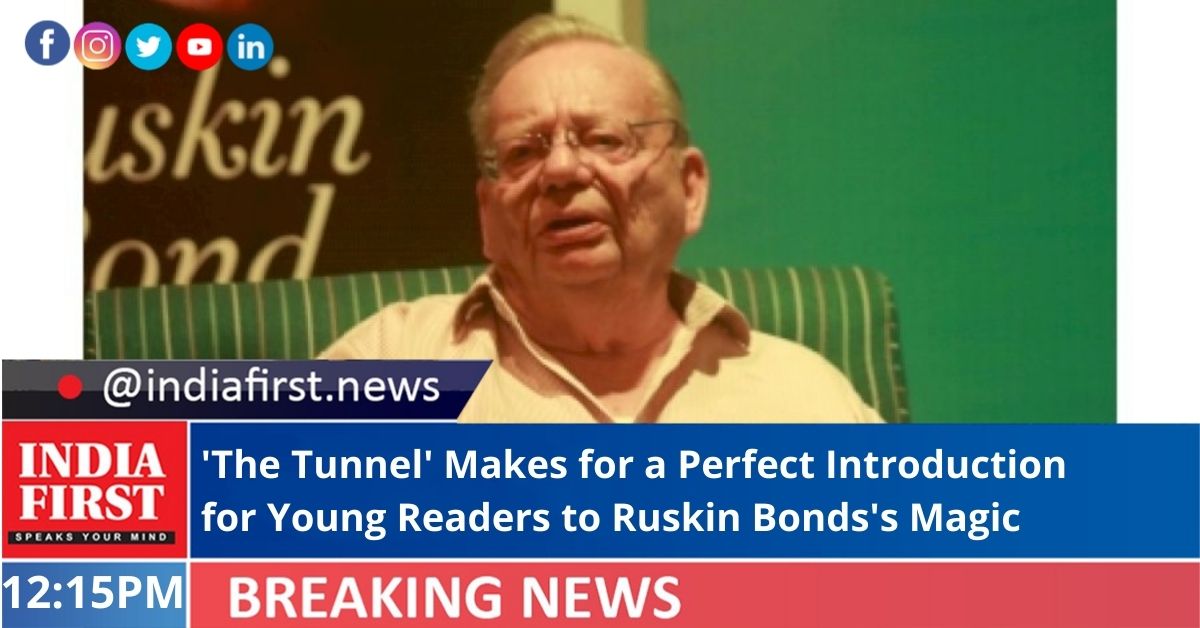 The steam engine shot out of the tunnel, snorting, and puffing like a green, black, and gold dragon, a beautiful monster out of Ranji’s dreams.

Fascinated by the midday train, Ranji would find himself waiting near the tunnel to catch a glimpse of the engine come roaring out of it. But the tunnel has more surprises for him. From a jungle full of lush green trees, comes a timeless tale of unexpected friendship, curiosity, duty, and wildlife.

Peppered with delightful illustrations and woven as a heart-warming story, Ruskin Bond, in “The Tunnel” (Penguin) is a charming chapter book intended for intermediate readers aged seven upwards – a perfect introduction for beginners to the world of India’s favourite writer for children.

Written in Ruskin’s inimitable charm, this chapter book has a unique cast of characters and is a timeless story brought to life through a simple and endearing narration and gorgeous illustrations highlighting the nail-biting scenes making readers fall in love with nature and wildlife.

Born in Kasauli in 1934, Ruskin Bond grew up in Jamnagar, Dehradun, New Delhi and Shimla. His first novel, “The Room on the Roof”, which was written when he was 17, received the John Llewellyn Rhys Memorial Prize in 1957. Since then, he has written over 500 short stories, essays and novellas (including “Vagrants in the Valley” and “A Flight of Pigeons”) and more than 40 books for children.

He received the Sahitya Akademi Award for English writing in India in 1993, the Padma Shri in 1999, and the Delhi government’s Lifetime Achievement Award in 2012. He lives in Landour, Mussoorie, with his extended family.