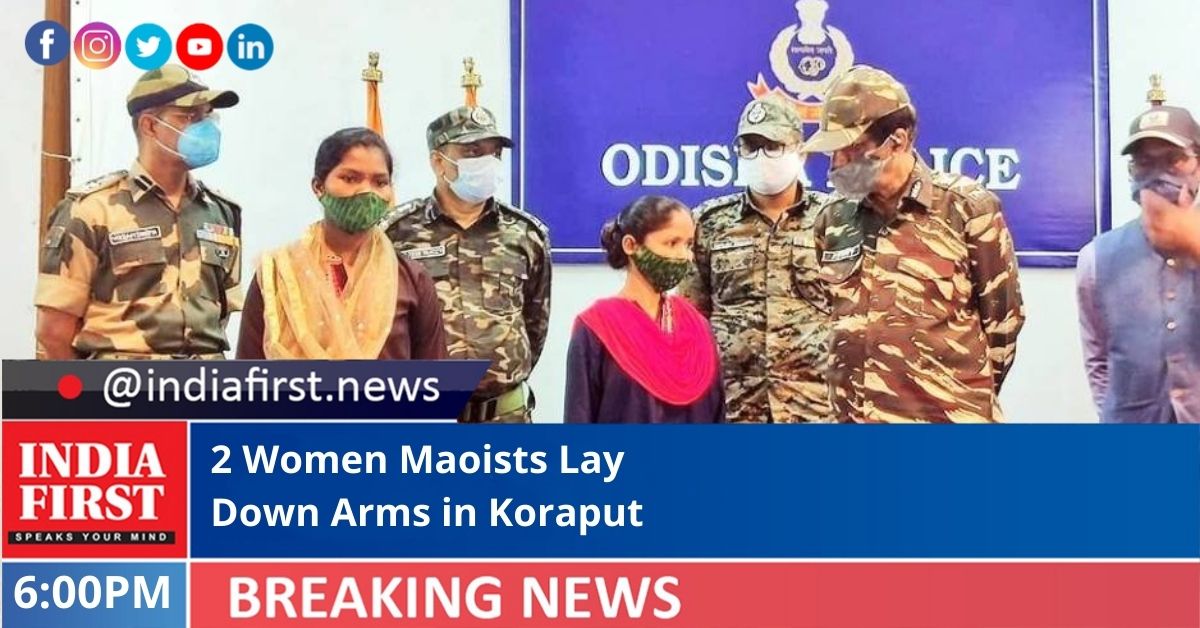 The surrendered Maoists have been identified as Debe Padiami alias Gangi of Guma area Committee and Gita Padiami alias Rajita a member of the Andhra-Odisha Border (AOB) Military platoon.

While Debe was carrying a cash reward of Rs 4 lakh On her head, Rs 1 lakh reward was on the head of Gita, said DGP Abhay.

Debe, 32, was inducted in the Maoist organisation in 2005 in Kalimela area committee and in December 2009, transferred to Gumma area committee. An Insas rifle was issued to her, the Odisha police said in a statement.

Similarly, Gita, 22, joined the Dandakaranya special zonal committee of Maoists in 2018 and transferred to the AOB military platoon in 2019. She was given formal training in 2019 and issued with 303 rifle, the police said.

Both ultras were involved in several incidents and attacks on security forces. Abhay welcomed the duo to the mainstream and appealed to others who are still into left wing extremism to shun violence and join mainstream society.