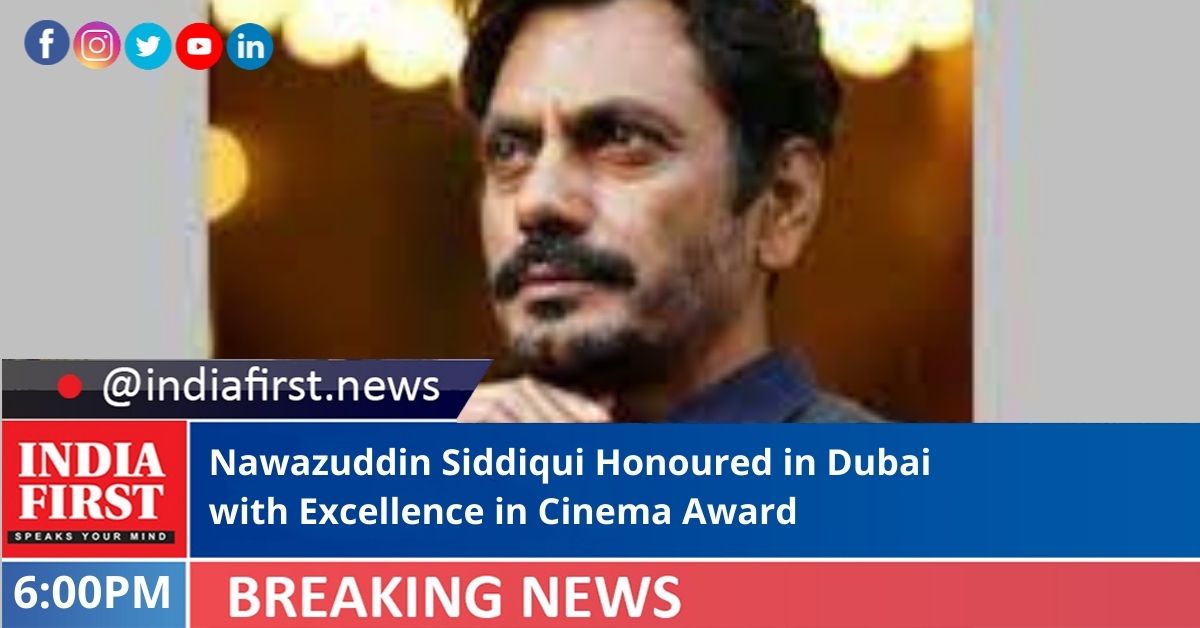 Actor Nawazuddin Siddiqui was honoured with the Excellence in Cinema Award at the Filmfare Middle East Achievers Night held in Dubai.

Nawazuddin has made his name with the power-packed performances in films such as Talaash’, ‘Gangs of Wasseypur’, ‘Badlapur’, ‘Mom’, ‘Bajrangi Bhaijaan’, ‘Dekh Indian Circus’, ‘The Lunchbox’, ‘Photograph’ and ‘Manto’.

Nawazuddin said: “For an artist, there is no bigger reward than the audience giving you their love and appreciation for your work and I am glad to see people here in Dubai giving me so much love. To receive an award among such a vibrant audience here in Dubai is heart-warming to say the least.”

The actor has also been nominated at Emmy International Awards for ‘Serious Men’, directed by Sudhir Mishra that released on Netflix last year.

He is the only Indian actor nominated in the ‘best performance by an actor’ category for Emmy this year alongside Christian Tappan of ‘The Great Heist’, David Tennant of ‘Des’ and Roy Nik of ‘Normali’.

His international film ‘No Land’s Man’ has already started its festival circuit.