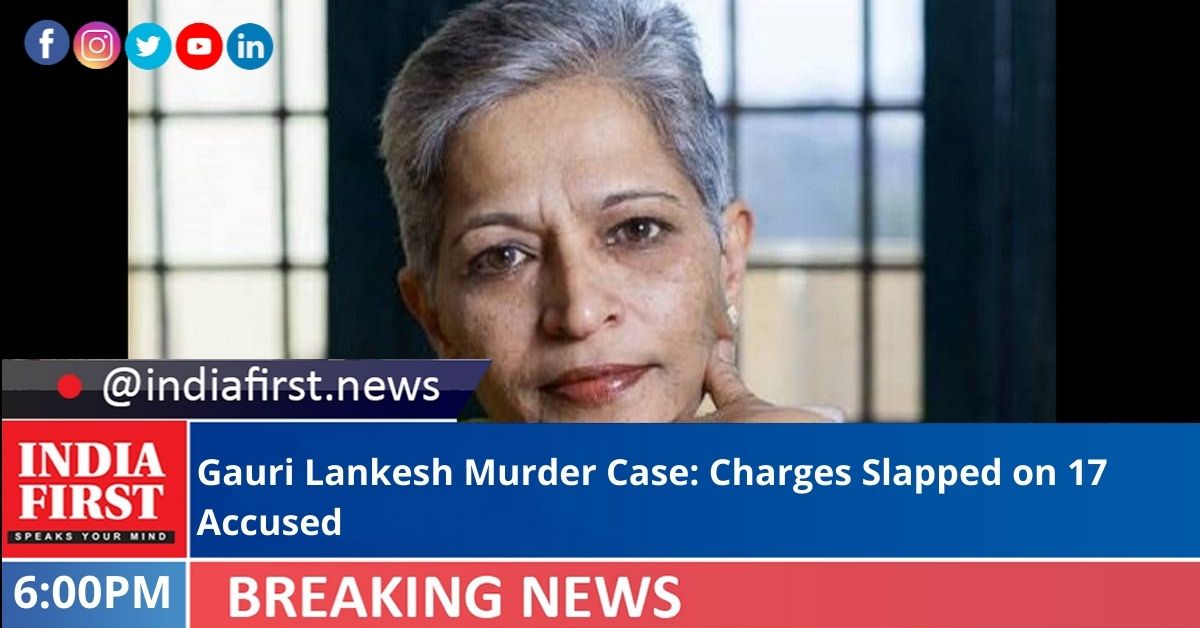 In a major development, the Special Court investigating the sensational murder case of writer-activist Gauri Lankesh has framed charges against 17 accused persons.

This comes in the backdrop of Supreme Court’s nod to frame charges against one of the accused Mohan Nayak N. under the provisions of Karnataka Control of Organised Crimes Act (KCOCA) 2000.

The accused were presented through video conference from the Parappana Agrahara Central Prison in Bengaluru, Mumbai Arthur Road Jail and Yerawada Prison in Pune. The charges were read out to the accused in Kannada and Marathi.

The court adjourned the matter to December 8 for fixing the date of trail. The accused sought the permission of the court to meet their advocates in prison and pleaded not guilty of murder charges of Gauri Lankesh. The court asked them to submit applications in this regard.

The court has also directed the jail authorities in the Central Prison, Parappana Agrahara not to shift accused persons without the consent of the court.

Gauri Lankesh was shot dead by bike borne assailants on September 5, 2017. Gauri was known for her attacks on right wing Hindu associations, including the Rashtriya Swayamsevak Sangh (RSS). Her comments on Hindu Gods have also not gone down well with the Hindu organisations. She was also actively involved in bringing Maoists to the mainstream.

The murder of Gauri Lankesh took place after killing of Profesor M.M. Kalburgi on August 30, 2015. Kalburgi was also known for his attacks on the blind beliefs in Hindu religion. He was also a critic of right-wing Hindu organisations.