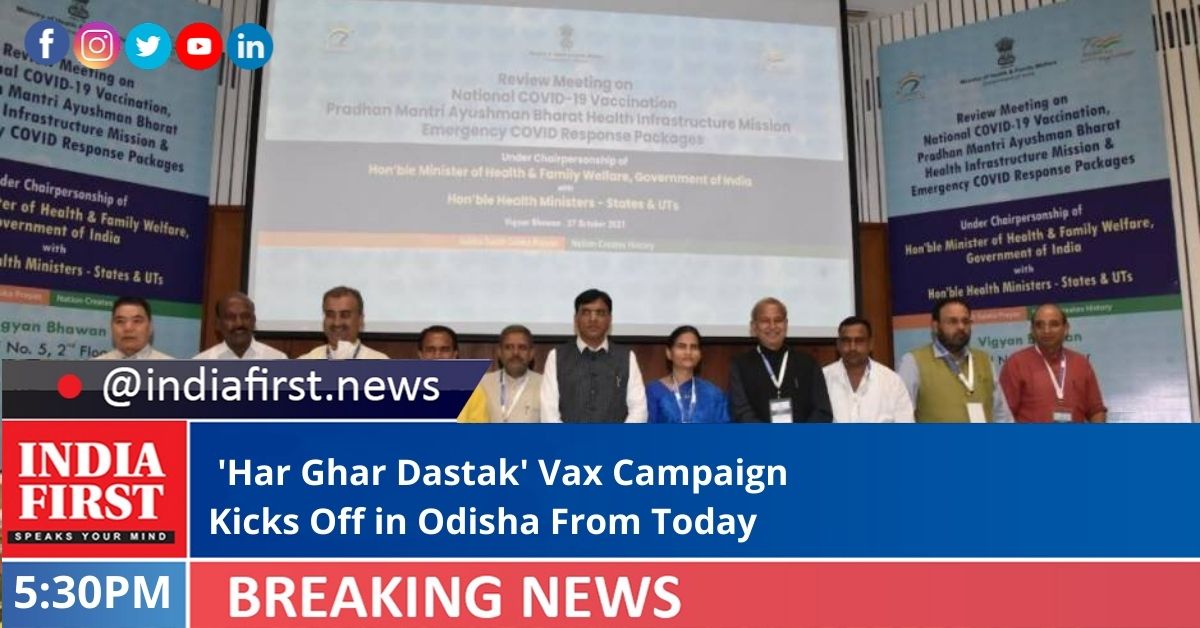 In an aim to ensure second dose of Covid-19 vaccine due to the beneficiaries, the Odisha government has launched the ‘Har Ghar Dastak’ campaign today.

The front-line workers will list out the second dose due to beneficiaries as well as those who are yet to be administered their first jab, he said.

The healthcare workers will facilitate smooth vaccination of the persons at the nearest vaccination centre, Mohapatra said.

“We are committed to achieving the target of 100 per cent inoculation of the first and second dose by the end of December,” the director said.

The health official informed that centres were also opened at strategic points at the remote areas, where people from close-by areas can reach the session sites easily.