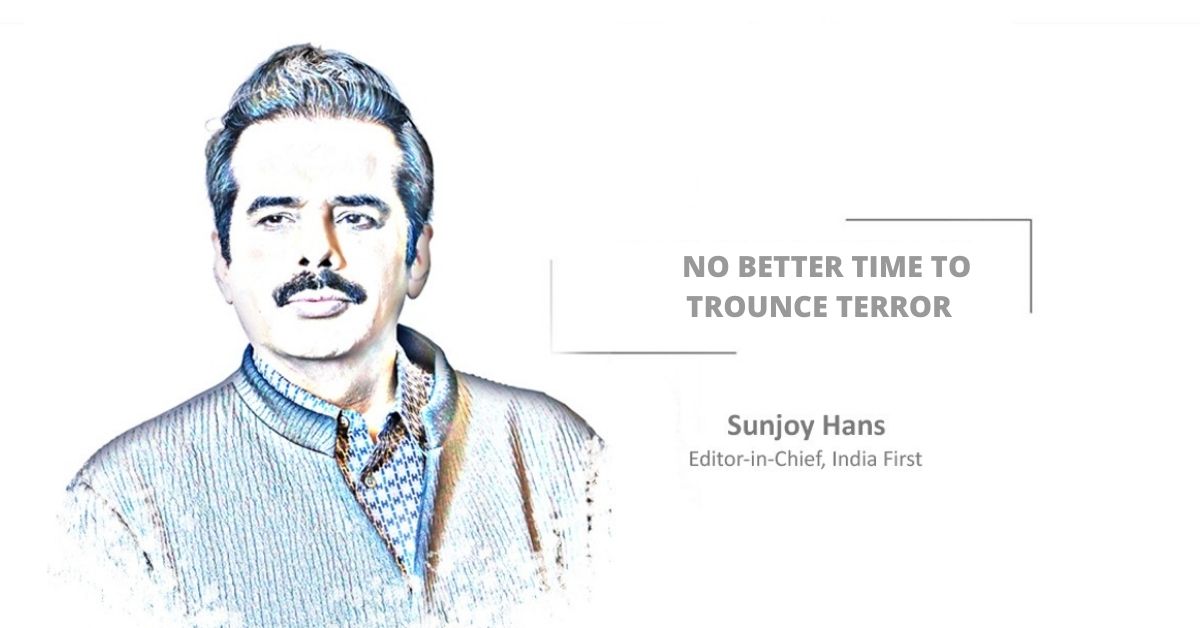 Continuing terror attacks in Jammu and Kashmir remain a major cause of concern for the BJP-led NDA government at the Centre. The latest attacks are more worrisome considering that the terrorists, who have been targeting migrant workers from other parts of the country as well as Army and police jawans, are well trained in guerrilla warfare. They appear to have entered the valley from the Pakistan side, armed with the latest weapons and carrying enough food stock to sustain them for a few weeks. From the way they have been engaging Army jawans and police in prolonged encounters in different parts of the valley, it is evident that they have received training in carrying out violent subversive operations with military precision.

Significantly, these attacks come in the wake of the recent arrest of six terrorists by the Delhi police from different parts of the country. Arrested following a massive operation spanning Delhi, Rajasthan and Uttar Pradesh, they were planning to trigger blasts during the festive season. The anti-terrorist squad of Delhi Police, which conducted the operation, recovered arms and ammunition from the terror operatives who are said to have received training in Pakistan.

The terror attacks in Jammu and Kashmir and other parts of the country are part of a diabolical conspiracy to create instability not only in the valley but also in states like Uttar Pradesh which will be going to the polls early next year. Given its size and population and the fact that it is home to a large number of Muslims, UP has for long been the target of terror merchants funded by Pakistan. The state, which sends 80 members to the Lok Sabha and almost invariably decides the political fate of the country, has a special significance for the BJP which is running a majority government there.

With Prime Minister Narendra Modi representing the Varanasi seat in eastern UP, a victory in the state assembly elections next year is a prestige issue for the party. A win for the party is also a must if it hopes to do well in the 2024 general elections. The outcome of the UP assembly polls will, thus, impact not only BJP’s fortunes but also the personal fortunes of the Prime Minister.

Terrorists, thus, have a vested interest in creating political instability in UP ahead of the assembly polls. They have a similar agenda in Jammu and Kashmir, where they have been overactive ever since the region was shorn of its special status by the Modi government through abrogation of Article 370 of the Constitution. The withdrawal of special status is being seen by terrorists and the political opponents of Modi as an attempt to change the demographic profile of the valley. They appear determined to resist this at any cost. No wonder Jammu and Kashmir has witnessed a spate of terror attacks in the past few months with a large number of civilians losing their lives. The government at the Centre must bring the situation in J&K under control by neutralizing the terrorists. This is the only way of restoring people’s confidence in the government at the Centre.