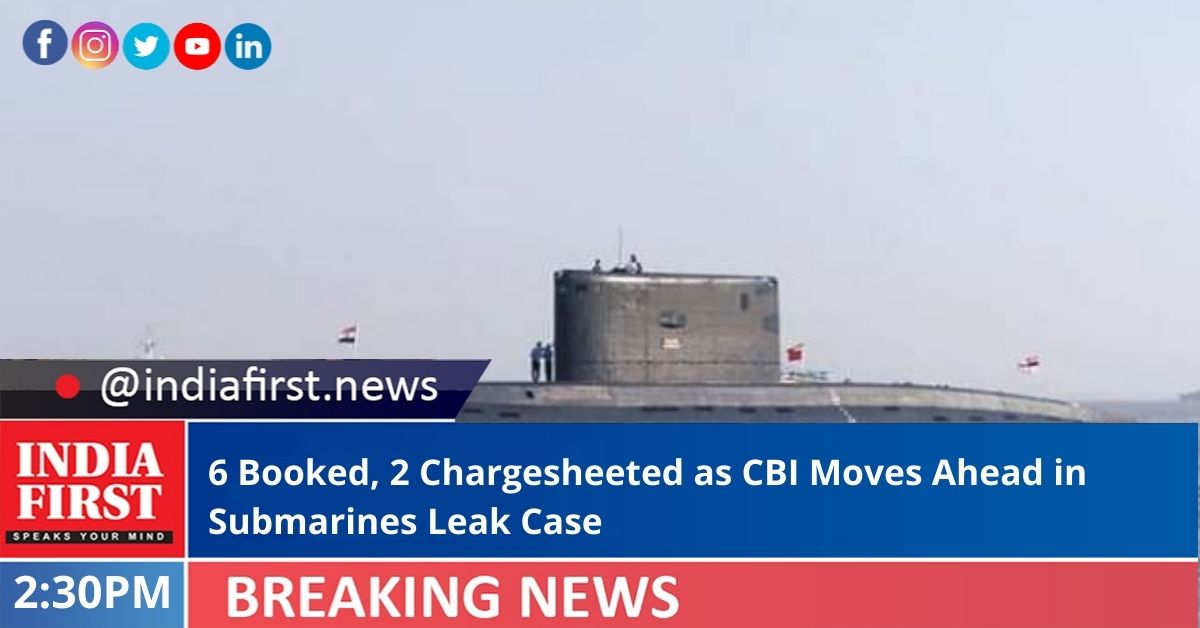 The Central Bureau of Investigation (CBI) has filed two separate charge sheets in an alleged leak of sensitive information related to the kilo class submarine.

The agency has filed charge sheets against six persons, including two serving naval officers besides a Hyderabad-based private company.

The agency has questioned dozens of senior Naval officers in the case, which came to light on September 3.

All are charged under the Prevention of Corruption Act and the Indian Penal Code, said a senior CBI officer.

The accused had been passing on confidential commercial information on the Medium Refit Life Certification or MRLC programme of India’s Kilo Class submarines to “unauthorised people for illegal gratification”, as per the probe agency.

The charge sheets were filed yesterday within 60 days of the registration of the case on September 2 in order to prevent the accused from getting bail from the competent court here.

The charge sheets were filed before a special CBI court at Rouse Avenue.

The second charge sheet has been filed against two accused persons — S.J. Singh and Randeep Singh, they said.

In relation to this, the CBI had carried out raids at 19 locations in Mumbai, Delhi, Noida, and Hyderabad including naval establishments last month.