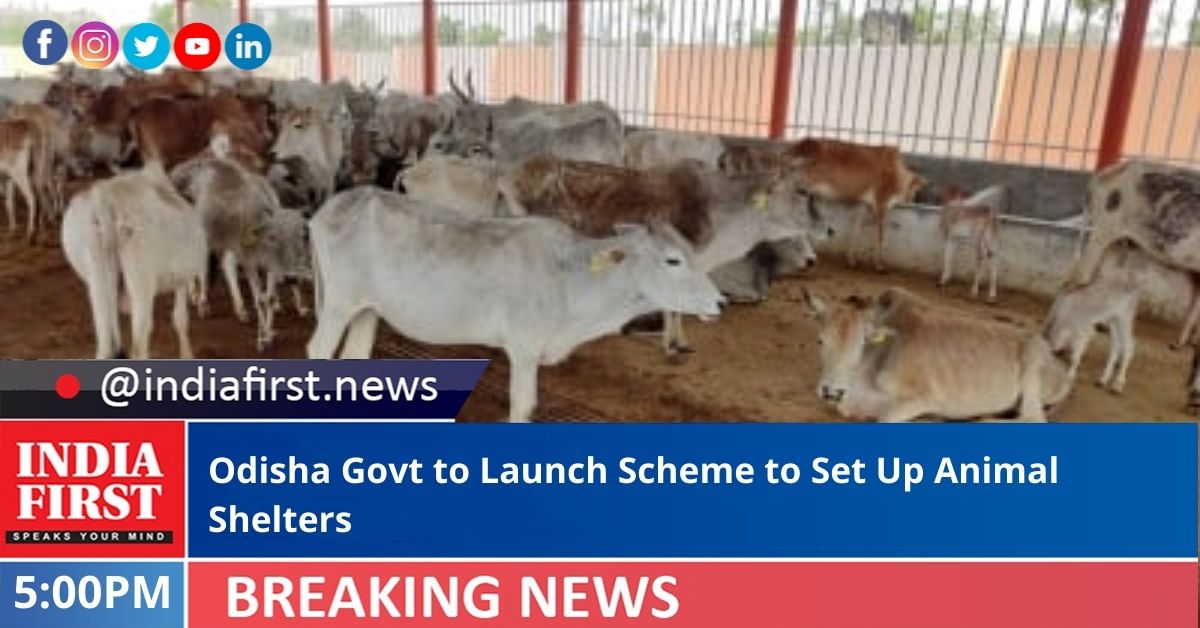 In order to provide adequate safeguards for stray and destitute animals, the Odisha government has launched a scheme to provide capital grant for the establishment of new cattle shelters/Goshalas in the state, officials said yesterday.

The Fisheries and Animal Resources Development (F&ARD) department of Odisha government has come up with the scheme which will be implemented in close coordination with the urban local bodies (ULBs), district Society for Prevention of Cruelty to Animals (SPCA), voluntary NGOs involved in animal welfare activities and the State Animal Welfare Board, the officials said.

Speaking at a workshop on animal welfare organised for this purpose, F&ARD minister Arun Kumar Sahoo said the scheme will pave the way for providing welfare to stray and destitute animals in the state.

As per a statement issued by the F&ARD department, the government will provide a one-time capital grant ranging from Rs 16 lakh to Rs 52 lakh to eligible voluntary organisations based on the capacity of the cattle shelter or Goshala.

The scheme will provide financial assistance to such eligible organisations towards capital infrastructure support for setting up of Goshalas, preferably in the urban areas, for supporting the stray cattle issue in the municipal corporations, municipalities and NACs.

The state government will also support the voluntary organisations involved in animal welfare to strengthen their infrastructure so as to provide veterinary health services and shelter homes for stray, abandoned and destitute animals.

An eligible voluntary organisation can avail financial assistance for multiple components, subject to an overall ceiling of Rs 50 lakh under this scheme, it said.