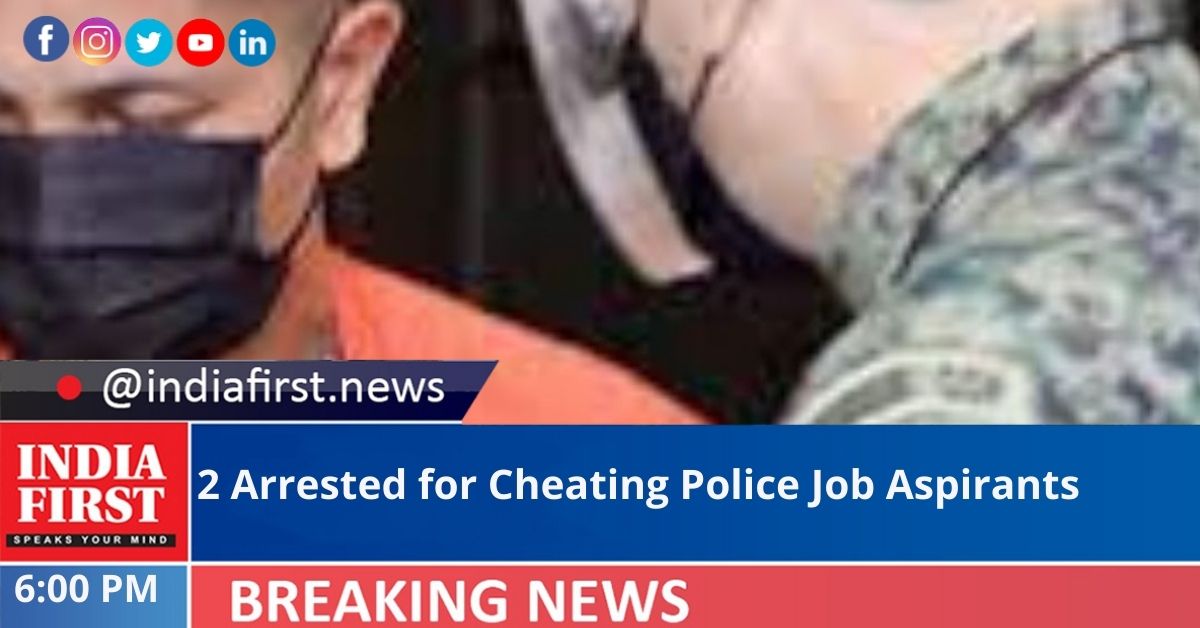 The Odisha police have arrested two fraudsters, who duped police job aspirants to the tune of Rs 1.47 crore by impersonating as officials of the state home department, an official said.

The two persons arrested by the Economic Offences Wing (EOW) of Odisha police have been identified as Baikunthanath Naik and Bhimsen Moharana. Moharana was working as a senior grade recorder in the higher education department.

EOW SP Dillip Kumar Tripathy said the arrests were made following registration of a case based on a complaint filed by Badal Kumar Raula.

The duo cheated 38 job aspirants, including the complainant, to the tune of about Rs 1.47 crore on the pretext of enlisting their names in the supplementary selection list of Combined Police Service Examination (CPSE) 2013 by impersonating as senior officials of the home department, Tripathy said.

According to Tripathy, the final merit list of the selected candidates of CPSE was published in December 2016. There was an impression that there would be a second/supplementary list.

The victim aspirants who had appeared for the viva-voce test became hopeful of getting the job in case of publication of any supplementary list. The fraudsters took advantage of this situation and exploited them, the official said.

The accused persons in pursuance of the criminal conspiracy gave false assurance to the victim aspirants to enlist their name in the supplementary selection list.

Naik had shown them fake identity cards of ASO and demanded Rs 5 to 6 lakh from each. Being persuaded, the complainant and others collected the money and paid the amount to the fraudsters, he said.

During a house search of Naik, the police found many incriminating documents, including 12 ATM cards and fake ID card of ASO. All the bank accounts of the accused have been frozen.

Investigation of the case is continuing to identify and nab the other accused persons involved in this case and also in similar frauds, he added.