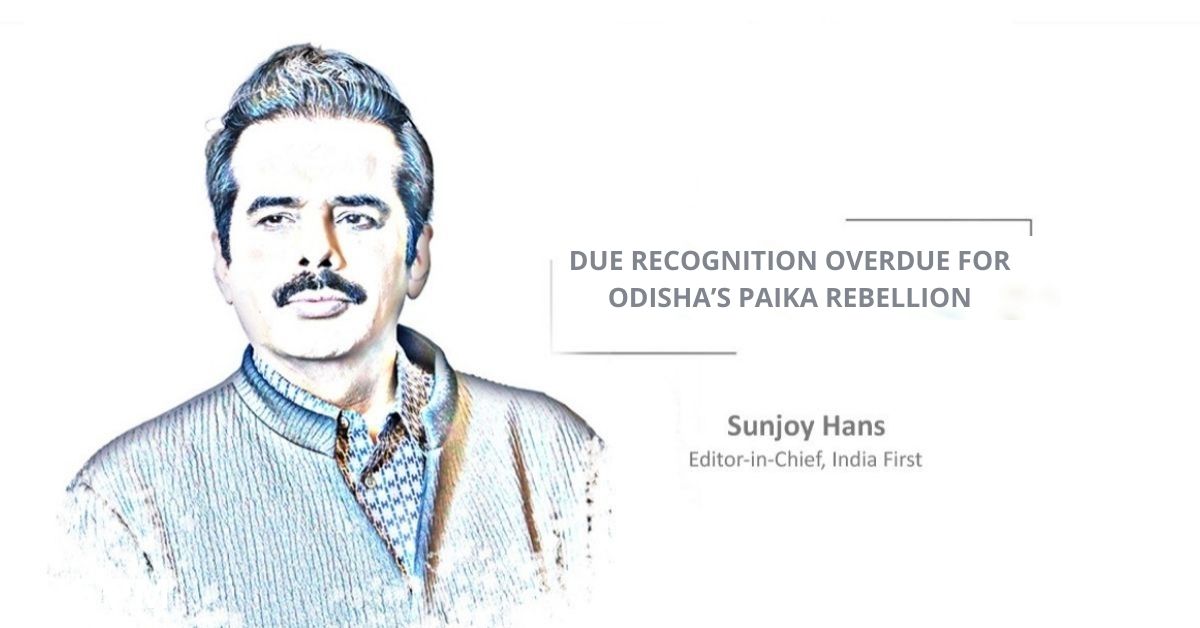 The demand for the Paika Rebellion of 1817 in Odisha to be accorded the status of the first Indian War of Independence is getting louder. Recently, hundreds of Paikas, who are members of a warrior clan, took out a march in the state capital to pressurize the government into allotting land free of cost for the construction of a Paika memorial at Barunei in Khordha district, the epicentre of the 1817 rebellion.

Reaching Bhubaneswar from Barunei, where the great Buxi Jagabandhu had sounded the bugle for rebellion against the British Raj, the procession of Paikas attracted a lot of public attention. They warned that the agitation would be intensified if their demand was not met. Members of the clan have been seeking the First War of Independence status for the 1817 rebellion led by Buxi Jagabandhu for a long time.

The demand gained momentum after Prime Minister Narendra Modi, during his first visit to Bhubaneswar after assuming office in 2014, met and felicitated some of the descendants of the Paikas. That was perhaps for the first time that a leader of the stature of a Prime Minister had acknowledged the contribution of the Paikas to the freedom of the country.

Ever since, the demand has been raised many times at several forums. Union education minister Dharmendra Pradhan has also thrown his weight behind the campaign.

In a significant development, Pradhan and Minister of Communications, Railways and IT Ashwini Vaishnaw had some time ago released special covers on six unsung heroes of Odisha, including the great Buxi Jagabandhu, as part of the Azadi Ka Amrut Mahotsav and Philately Day celebrations.

The event helped put the role of such heroes from Odisha in the country’s freedom struggle in the right perspective. The bitter truth is that the mainstream political history of India has hardly ever recognized the contributions of freedom fighters from Odisha. While students are taught about the uprising of 1857 as the first Indian War of Independence, there is hardly any mention of the Paika Rebellion of 1817 which, in fact, was the first time that an armed uprising took place against the rule of the East India Company.

It is heartening to note that the younger generation in our country is now beginning to learn about Odisha’s great freedom fighters. This is thanks to the BJP-led NDA government’s efforts to bring their contributions into national focus. With the Prime Minister himself taking the initiative to give these heroes their rightful place in the pantheon of India’s freedom struggle, the younger generations can finally appreciate the sacrifices these great souls made for the nation. Yet much more is needed to ensure that Odisha’s Paika Rebellion gets its deserved status in the history of the country.