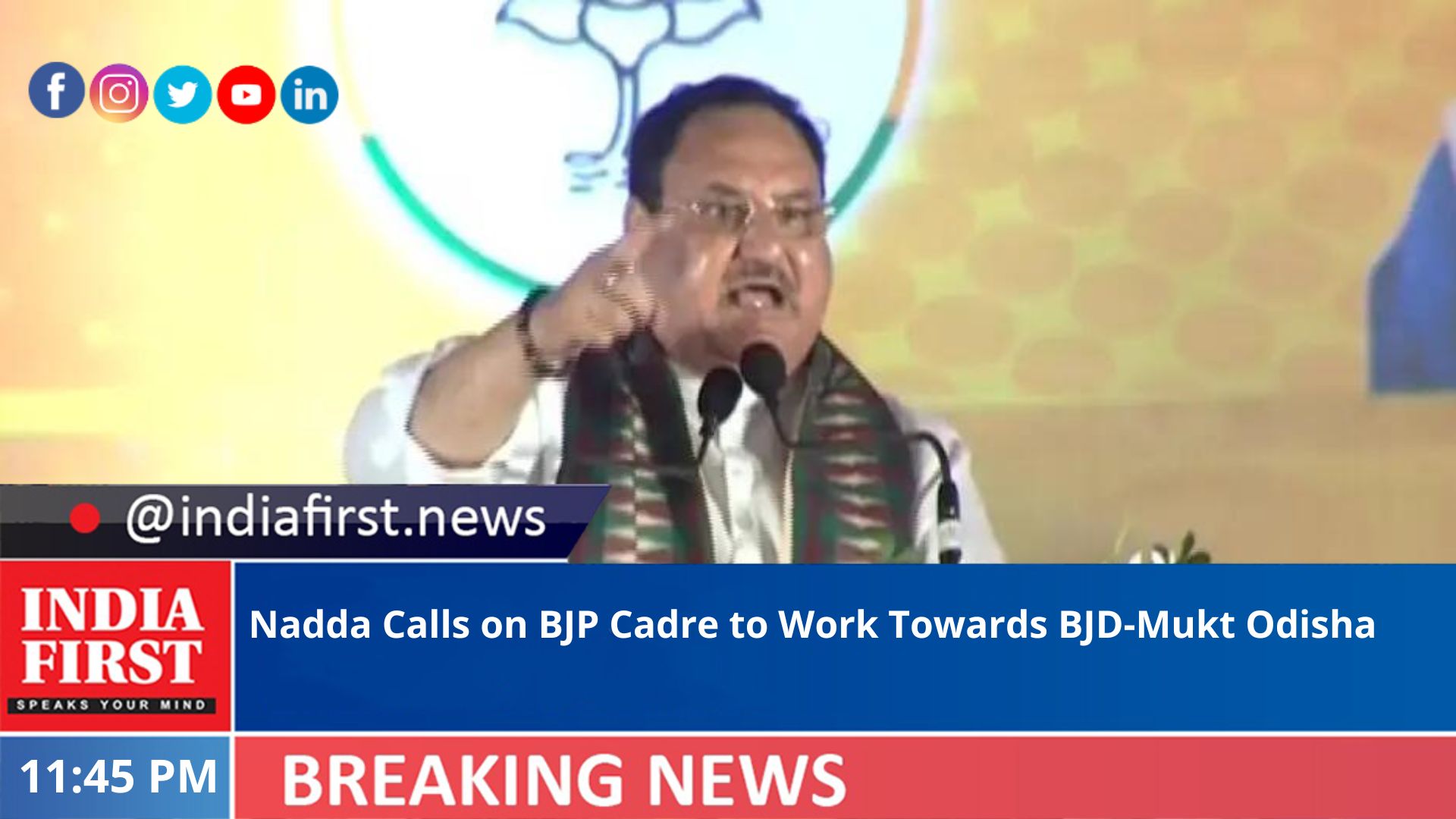 BJP national president J.P. Nadda on Friday called upon his party workers to work for a BJD-mukt Odisha for the overall development of the state.

Speaking at Samyukta Morcha Sammelan here, Nadda said: “To see a developed India, we need to develop all states including Odisha. And for the development of Odisha, it should get rid of BJD.”

Taking a dig at Naveen Patnaik-led Biju Janata Dal (BJD), he said: “I came to know that BJD says that our boss is not staying in Delhi… Our Pradhan Sevak is staying there, who is serving the people.”

He said the real boss of all Indians, including those who are staying in foreign countries is Lord Jagannath, Nadda said, adding: “No one is above Lord Jagannath.”

Nadda again raised the issue of the missing key to the ‘Ratna Bhandar’ and lambasted the Patnaik government for it saying: “Even the treasure of Lord Jagannath is not safe in the state. Like duplicate leaders, the key has become duplicate.”

He urged the party workers of all frontal organisations of BJP to work to bring a double-engine government in Odisha.

“BJP government should be there at Centre and state for development of the nation and Odisha,” he said.

Nadda was in Odisha on a two-day visit. He visited Jagannath temple this morning. While offering prayers at the main Jagannath temple, he enquired about the location of Lord Jagannath’s Ratna Bhandar. He also visited Maa Bimala temple and Laxmi temple inside the temple complex.

He later went to Tihidi in Bhadrak district where he attended the memorial meeting of late BJP MLA Bishnu Sethi, who died earlier this month.

The BJP president also inaugurated the rehabilitation annex building at the National Institute of Rehabilitation Training and Research in Cuttack.